Haiti out of control: rich seek visas to come to Dominican Republic 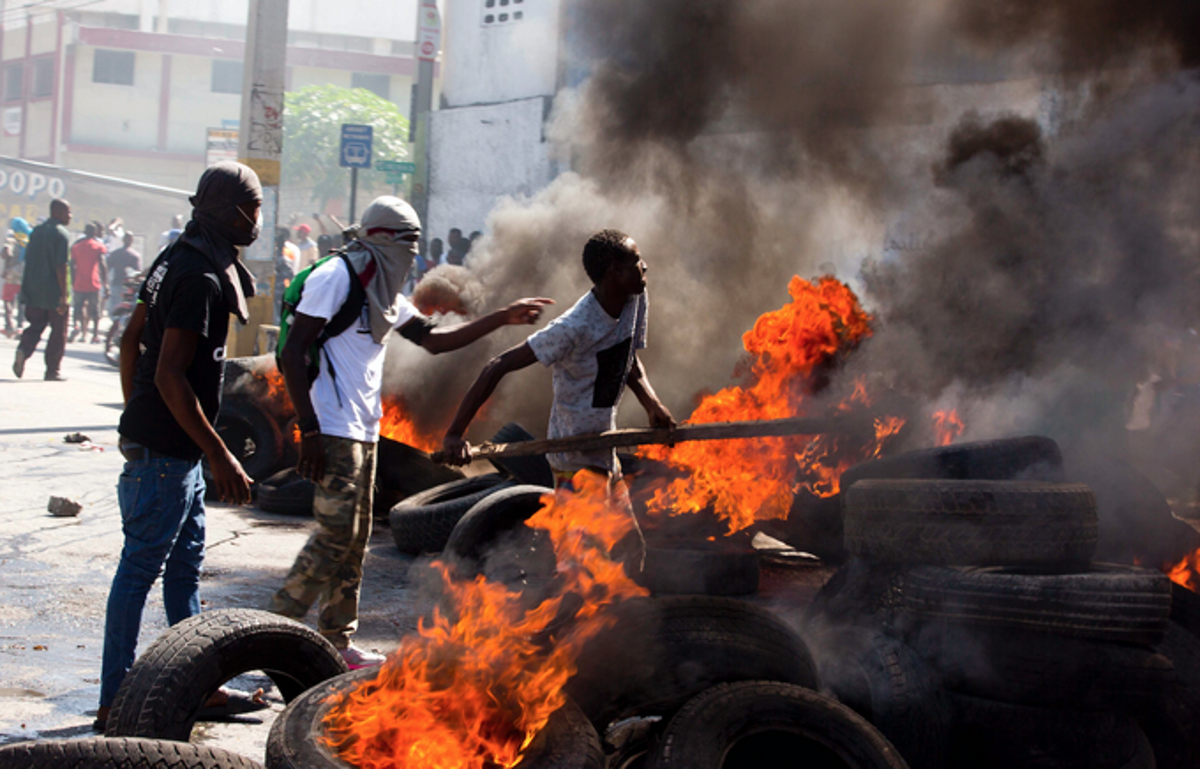 While the political forces fight for the control of power in Haiti, the gangs take hold and force the exit of rich and poor sectors.

George Bazin said it no longer makes sense to live in Haiti because there is “no security for anyone.”

The terror being imposed by the gang groups that control neighborhoods and streets of Port-au-Prince, Cap Haitian, and other cities of Haiti, the generalized insecurity, unemployment, business bankruptcy, lack of food, fuel, and other evils, is driving many Haitians of upper and middle class to seek visas in the Dominican consulates in Haiti, to settle here.

A Dominican diplomatic source in Cap Haitien has confirmed that in the consular legations operating in Haiti, there has been an increased flow of people from all social strata who want to obtain their visas to enter Dominican territory.

Such is the case of George Bazin, a man who closed his business, together with his wife and two minor children, left his home and, after obtaining Dominican visas in Port-au-Prince, decided to enter Dominican territory.

“They gave it to us for six months and we have been here for two and a half months now; we like this country very much and we don’t want to go back,” he added.

He said that he and his wife ran a chocolate factory in Delma but were victims of a gang who, although they did not kidnap them, looted their business.

People are scared.
“Why live in Haiti, if there is no security for anyone or anything, and these kidnappings have people scared,” he complained.

Bazin is now looking for a place in Santiago to set up his medium-sized chocolate industry with a partner of the exact origin.

His case is not isolated. Dianny Bisoneaux declared to Listín Diario that she graduated in nursing two years ago at the Technological University of Santiago (UTESA). After graduation, she returned to Cap Haitien, her village, where she worked in the public hospital.

The professional said that she is now unemployed in this country because her visa has expired. Still, she says that, at least, she helps her mother in a small candy factory that she has in the Bella Vista sector, southwest of Santiago.

No intention of returning
“We want to regulate our migratory status in the country; we do not want problems with the authorities and we are not in the mood to return to Haiti, at least until the situation does not improve,” he emphasized.

For his part, Jenfrey Dubreiul of the Committee for Defense and Civil Protection of Northeast Haiti added that what is happening in his homeland is “regrettable.”

At the mercy of gang members
“They kidnap you even to take a bicycle; vehicles are taken from people by force and then they have to buy them at the price the gang members say,” he lamented.

In this context, he added that these gangs finance themselves through kidnapping, assaults, looting of commercial establishments, drug sales, scams, blackmail, and other crimes.

Dubreiul, who is visiting the Dominican Republic, said that he is returning to his hometown of Cap Haitien because he is not afraid of threats and will continue to denounce what is happening in Haiti, regardless of the risk to his life.

“Haiti is unlivable right now, more will continue to arrive in this country, be prepared, that will be the case,” the activist observed.

WAVE OF TERROR
There are 76 gangs.
According to figures provided by the National Commission for Disarmament, Dismantlement, and Reintegration, more than 76 gangs in Haiti.

Currently, 500,000 illegal weapons are circulating in that country. These armed groups are terrorizing residents in different parts of the country. In addition, they worry those who have long settled on this side of the island searching for better living conditions, education, and the economy.

No more visas to Haitian nationals! Not the rich nore the poor haitians” get the f out and go fight your criminality that exist in your country. Zero tolerance for piti haitians. I cant beluie their agraif of a bunch motorcycle gang bangers plaguing their resindences??? And???🙄 shoot them all and have the Haitian police introduce marshal law to those towns where the criminality exist . How weak cam these haitians be!!😠😠😠😠

Exactly I think is time for a civil war …
If they don’t want to let the people live in peace, is time to exterminate them , the United Nations needs to help these good Haitians take control but fleeing to our country for over 50 years paying no taxes is not okay

Excuse me. Fleeing to your country. DR should be the last country trying to tell others about fleeing. Dominicans flee to the United States every day. Come on.

your absolutely right , and we pay taxes, pay rent and still find away to send money back to our families. you haitians are also about 2million in america and the amount you people send back to haiti is nuthing your not helping them, how dare you EXCUSE ME<>>??THE HAITIAN GOVT. is NOT HELPING THEM ,your getting the wrong message here dominicans we love haiti majority of us do but come on OUR COUNTRY IS POOR AND THEN WE HAVE TO provide hospital, schoool, food , shelter for another country THAT WE DONTHAVE YOUR USING TO MUCH THAT BELONG to the poor dominicans is either the poor dominicans or the haitians come on the WOrld needs to step in and help my brother we are to poor and cant do it alone bro

man if the rich people are leaving,,, get ready for the mass migration
because if they dont feel safe is over for every one else
theres 11million people there , 10mil in dr please guard the fucking border stop
letting people in our country for 10thousand pesos so they can then be deported ,
be smart get your visa the right way we dont have enough food for everyone not enough houses for every one so please understand this , is unfair the haitian woman get pregnant in haiti comes to the dominican republic to give birth and then we have to pay for the hospital bill, the school, etc wtf?
shouldnt the father of the child or the haitian govt be paying for this shit???
no we are …. but the govt, dont wanna do shit about it because the big companies
needs to exploit these kids, 12 13, 11 year olds are used for illegal child labor SMH come on DR we can do better than this , regulate the migration , who ever is left in the country wether is a hatians or latin american migrant doesnt matter we intergrate them into our society so they can work and be independent not dependent on the govt, simple if your an illegal get your document up to date

The person writing this article is not very good at English. You should hire someone actually capable of writing these. Come on………

I should add, that most of the comments are very poorly written as well.