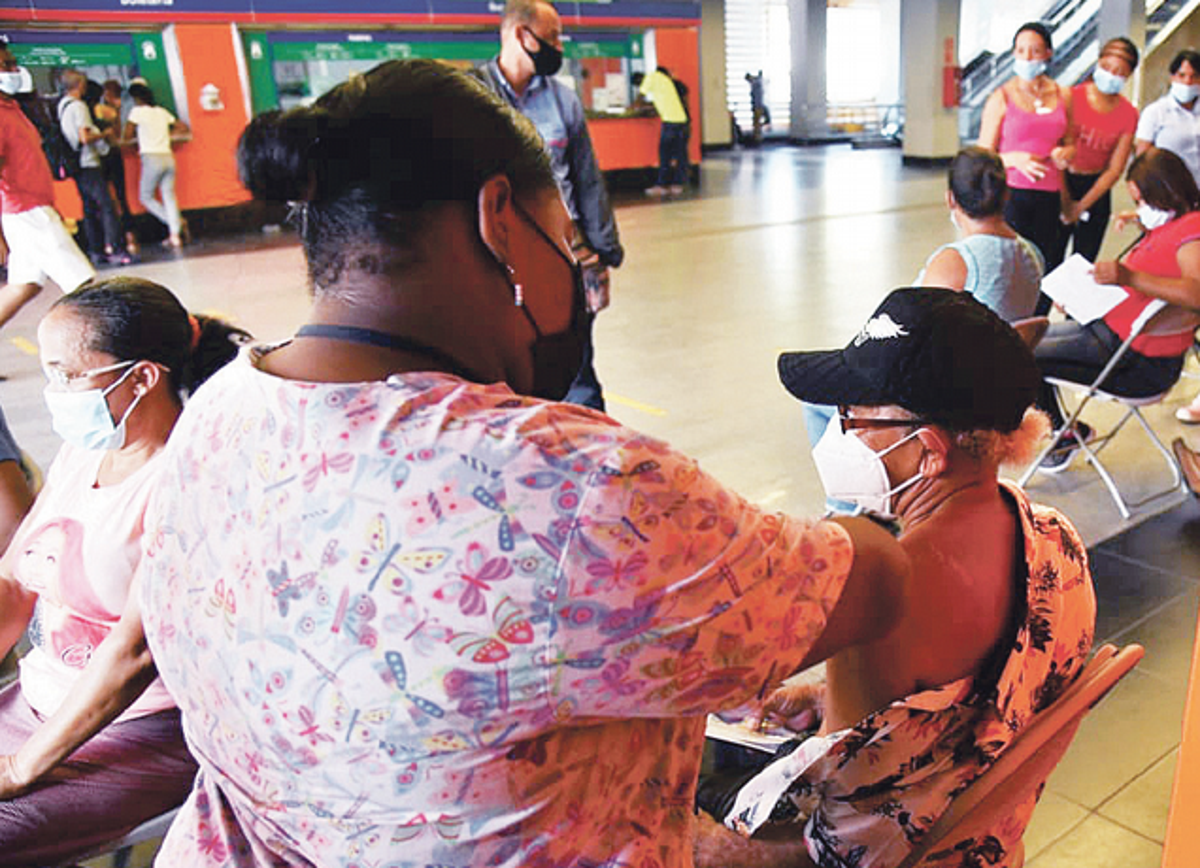 At the beginning of the vaccination days in the different points distributed throughout the national territory, each doctor or nurse in charge of a team travels with a specific amount of vials of the compound against covid-19, which most of the time responds to the demand of the previous day.

However, in the last five days, the number of citizens seeking inoculation has increased to such an extent that the supervisors have had to call the regional health offices to request the delivery of more doses to continue with the process.

Yesterday, the person in charge of the immunization at the Juan Pablo Duarte subway stop, Dr. Doris Francisco Martinez, explained that they were already evaluating the request for more supplies due to the pace at which the immunization was taking place a little less than two hours after the start of the day at the station.

“Yesterday they ran out early and we had to call for them to send more, and I believe that today it will be the same,” declared Martínez.

Other vaccination centers that faced the same situation were operating at the Olympic Center and the Eduardo Brito bus stop, where 504 and 120 people were inoculated on Thursday, respectively.

According to the doctors consulted, between Tuesday and Wednesday, the flow of people attending for the first doses shot up between 44 and 60%, leaving aside the tendency that registered a constant decrease.

Dr. Lisbert Pérez Ortiz, responsible for the fixed inoculation point at the Olympic Center, explained that the main population group seeking vaccines is between 18 and 45 years of age.

On her side, Ms. Cherosky Peña, from the Eduardo Brito stop of the Santo Domingo Metro, agreed that the first doses in adults and minors maintain the lead in this week’s statistics.

The immunization drive showed its first signs of a boom the previous weekend, following the new government measures that include the request for vacation cards, but it was not until the announcement of the implementation of the measure Monday, October 18 that the population turned to the centers.