Abinader explains why he dismissed Edward Sanchez from the Police Force 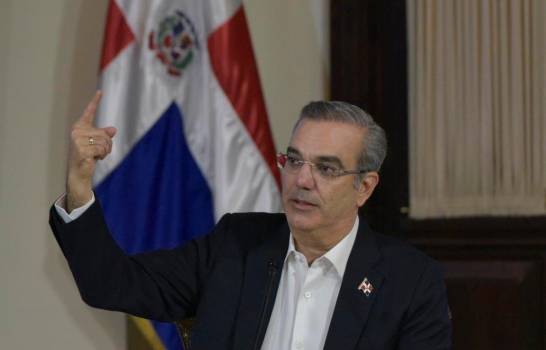 The President announced that the minimum training period for new police force members would be extended from six months to one year.

President Luis Abinader said that his decision to dismiss the general director of the Police, Edward Ramon Sanchez Gonzalez, was due to an overhaul in all public and private institutions. The time had come to make drastic changes within the police force.

The President also said that when he announced the first measures of police reforms, this change had to take place in order not to execute it later, for which he rejected that he had replaced him for other reasons.

He affirmed that Sanchez Gonzalez “performed with honesty” and with “transparency” within the Police.

“In all government institutions, even private ones, there are always changes due to circumstances, General Edward Sanchez performed with honesty, with transparency and it had come time to make some major changes in all institutions, not for any specific reasons,” the head of state responded to journalists during a press conference at the National Palace.

In replacement of Sanchez Gonzalez, the President appointed General Eduardo Alberto Then.

In the call to journalists at the Government House, Abinader announced that the minimum training time for new members would be extended from six months to one year as part of the National Police reforms.

“We cannot allow untrained police officers to patrol the streets,” he said.

He also said that on Monday, the 25th of this month, the General Regulations for the Application of the Organic Law of the National Police, 590-16, will be promulgated and that an international firm, “with experience,” will evaluate “from the generals to the rank and file” of the Police to determine which are qualified to provide the security and protection service to the citizenry.

In assuring that we will move from “planning to concrete actions,” Abinader said that in 18 months, all institution members in charge of establishing order should be evaluated.

The evaluation will be carried out with the cooperation of the Colombian and Spanish Police and supervised by a commission coordinated by José Vila del Castillo, regional advisor to the United Nations.

Start training people …they have mob mentality ,like hyenas …more training cops have…more more problems they’ll encounter…Nothing is going to change, when people have nothing to loose , they become like cornered rats…more dangerous …Good luck with “changes”!