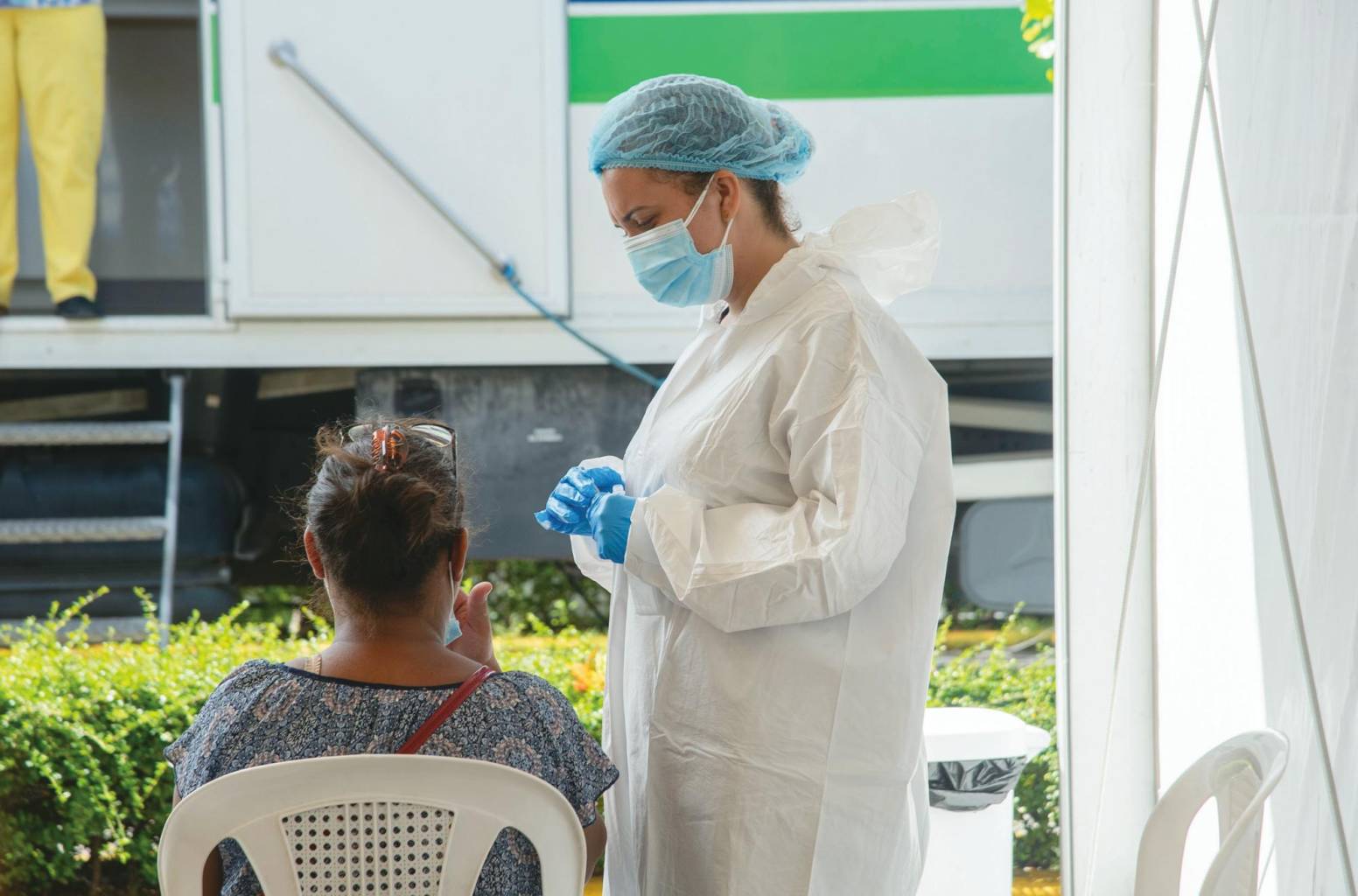 Specialists attribute the increase to greater mobility and face-to-face classes. SP does contact tracing to stop the spread of the virus

The positivity of the coronavirus that is registered so far in this month in the Dominican Republic shows that October could exceed the months of July, August, and September.

According to data on the coronavirus situation developed by Diario Libre, from the monitoring bulletins published by the Ministry of Public Health, the positivity registered in October is 14.18%.

October’s figure would be the highest since June when positivity stood at 19.99%.

The bulletin published on Monday shows an increase in daily positivity since in today’s bulletin, it stands at 17.72%, three percentage points more than in yesterday’s report on Sunday.

Authorities yesterday reported another 996 cases of COVID-19 and three deaths.

In that sense, the vice president of the Dominican Society of Infectology, David de Luna, explained that it is natural that there are some peaks in infections in several periods of the year because that is the normal epidemiological behavior of respiratory viruses.

However, he indicated that 40% of the population had not been vaccinated until a few weeks ago, which has impacted positivity.

He also pointed out that there is greater mobility of the population due to the elimination of the curfew, leading to an increase in cases.

De Luna said another factor influencing the increase in infections is related to people vaccinated more than six months ago because their immunity is reduced.

“That population has a reduction in immunity unless their third dose has been placed and that also causes us to have an increase in the number of cases,” he said.

On the other hand, the infectologist explained that children are going to schools increases the density of people in small spaces. Therefore, although controls are being taken in some establishments and other classes are blended, this factor also affects the presentation of cases.

On that point, the president of the Society of Pneumology and Thoracic Surgery, Evangelina Soler, agrees, pointing out that positivity has exceeded 10% in recent weeks and tends to continue rising due to school attendance. He added, in addition, that people have forgotten the existence of the coronavirus and abandoned the protective measures.

“Something that worries us, because we have seen a considerable number of patients who come with the influenza virus and other viruses that are currently circulating, a situation that may worsen even more in the face of a duality of coronavirus and other species of viruses, whose condition can be catastrophic,” he warned.

It is extremely important, even if vaccinated, to carry on with established health safety protocols of wearing a medical mask in enclosed and public places, maintaining safe social distances, and frequent washing of hands.