Antoliano: “Perhaps those who argue against legality of vaccination card resolution are right” 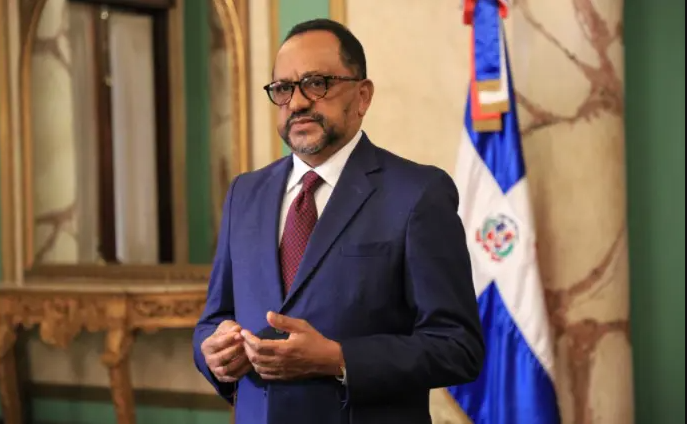 The legal consultant of the Executive Power, Antoliano Peralta, offered the details on the suspension of the first session of the CNM.

“Perhaps, those who argue against the legality of the resolution requiring the vaccination card are right.” This is how the legal consultant of the Executive Branch, Antoliano Peralta, began his message at a time when many citizens were questioning the civil rights-infringing mandate issued by the Ministry of Public Health last October 8.

The official wrote through his Twitter account. He specified that the courts would decide on Public Health resolution 000048, which obliges citizens to present the document certifying that they were inoculated against covid-19.

Peralta aspired that in case the measure is repealed, the vaccination plan will have advanced sufficiently.
“I hope that if they win, by then the vaccination level will have reached a level that reduces the contagion,” said the Government’s legal advisor.

Peralta’s words come at a time when a campaign has been unleashed on social networks for several days against what has been established by the health authorities, with the hashtag #DictaduraSanitariaRD (Health DictatorshipDR), where not only complaints about the mandatory requirement to present the vaccination card has been published but videos and photos in rejection of the measure.

It is recalled that the Superior Administrative Court was empowered to hear a lawsuit against the resolution, for which it summoned President Luis Abinader, the Minister of Health, Daniel Rivera, and the Minister of the Presidency.
In this regard, Peralta said that the Government would abide by the courts’ decision in this regard.

Dominican should require all travellers to be double vaxxed, other countries are doing this.

That’s idiotic for tourism dollars, which this island depends on in a big way. But it is a much better idea than requiring people to present vaccine cards to buy groceries!

I rather have all tourism leave my island. That way it will be like the old days, 300 pesos would last all weekend doing whatever you wanted.

What in the world for? It has been established that vaxxed people are contagioso as well.

Not only contagious, but the trend lines are clear: the more you vaxxx, the more “variants” appear.

I think the vaxxxed need to be quarantined for the safety of those who still have Pure Blood. We do not deserve to be infected by the vaxxxed carriers.

A negative Covid test would do.

Do you think court is qualified to judge about my health ?

The court Will merely judge the merits of legality the resolución holds, if any. It’s not meddling with your health.

I’m sorry…but did the word “idiotic” just trigger a review of my message? If so your tyranny settings are too high!

What do you want ? Health or being infected by corona idiots promoting human rights for not using masks and are against vaccination ? I am vaccinated and now i am hostage of those who do not want to vaccinate and wear masks. HEALTH IS PRIORITY TO ANYTHING. IT IS MY LEGAL RIGHT THAT GOVERNMENT PROTECT PEOPLES HEALTH and not IDIOTS.

You are assuming a well planned fantasy, vaxxed or not, you still are contagious.

You’re asking too much. These idiots can’t explain it. Today, I was turned away at a grocery store because my wife isn’t vaxxed. These vaccines here in RD are from China and God only knows where. They’re unproven and untested. I certainly wouldn’t trust the Dominican government with my health. They can barely take care of their infrastructure without it falling apart.

Wayne, NO vaxxx is proven and tested.

The FDA looks out for the interests of Big Pharma, not The Normals.

Loyal Comrade, you are more contagious than the unvaxxxed. The variants are created by the vaxxxed. I know you’re all-in, but you believe lies told by your masters.

Go look at the Israel, Iceland, or Gibraltar experiments.

The vaxxxed are causing the variants and spread. It’s called Antibody-Dependent Enhancement. Go Rage Google that term, and listen to what many virologists said about leaky vaxxxes six months ago,

I won’t be surprised if by Thanksgiving the vast majority of the Noble Vaxxxed wish to god they’d never gotten the clot shot, because based on the trends, that’s about the time when no amount of censorship by the state MSM will cover up the massive problems caused by the vaxxxes.

Once you get the jab, there is NO going back. You cannot undo the jab.

Definitely a wise opinión on his part. Hopefuly the court will abide by the Constitución, which gives the citizen the right to decide upon his health according to his requirements.

Luis is the worst President. Kick him out. All he is doing is ruining a country. What’s next hangings for unvaccinated? He’s a moron.

I think it is an inonstitutional mesure, but it must be moral duty for each citizen for protecting vulnerable people’s lives.