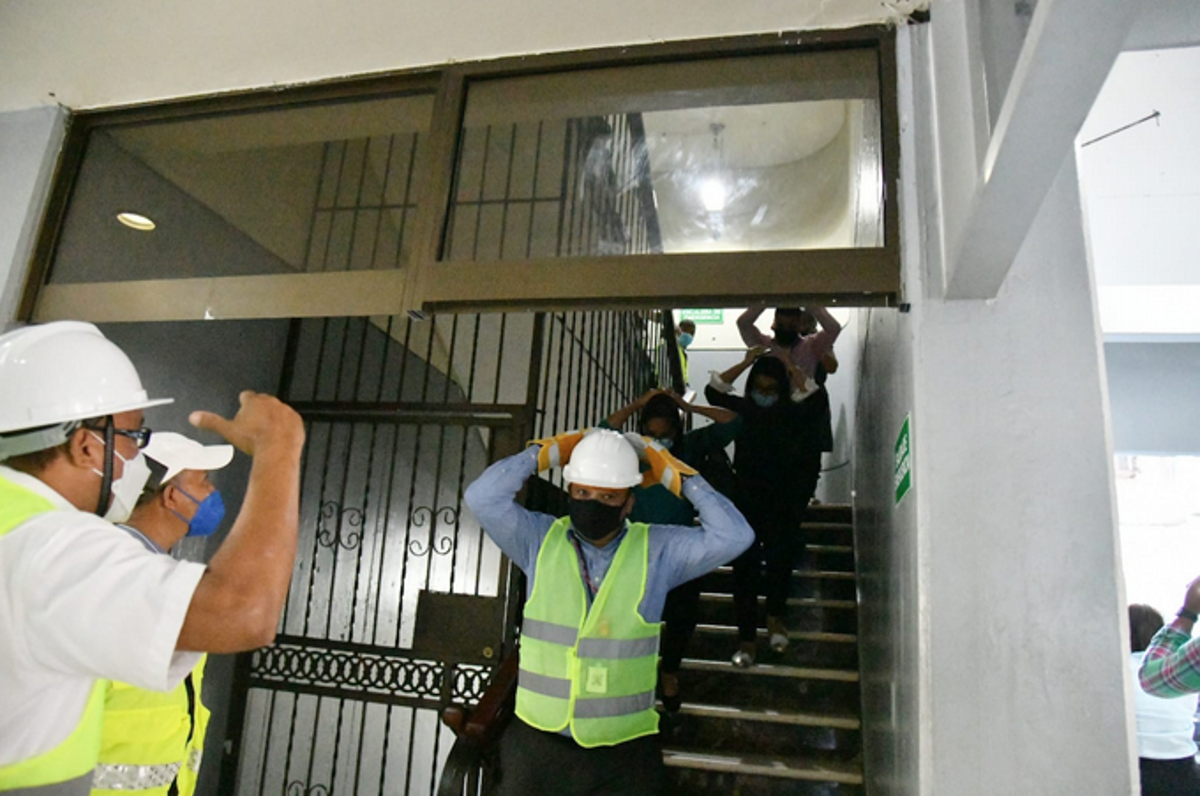 Time of the earthquake drill.

At 10:00 am on Wednesday, the Juan Pablo Duarte government office building in Santo Domingo began a day of evacuation simulation in the face of an earthquake planned by the central government through the Operations and Emergency Center (COE).

In an organized manner, around 3,700 employees were evacuated from the 14-story building, popularly known as “El Huacal,” located on Mexico Avenue, where nine institutions converge.

At least 1,700,000 people registered on the COE platform performed the simulation exercise at 10:00 am.

“We have been receiving videos and photographs of how public and private institutions have carried out this exercise and how the Dominican population has organized itself on this issue,” Méndez said.

In the same way, he pointed out the importance of this exercise, which he considers vital “because for no one it is a secret that there is a great panic in the population when talking about an earthquake.”

“In our country there are five interacting tectonic plates and 14 active seismic faults and we cannot live with our backs to that,” said the director of the COE. The director of the Emergency Operations Center (COE), Juan Manuel Méndez, thanked the Deputy Minister of Interior and Police, Milly Pérez, who organized the event.

The simulated evacuation of an earthquake 7.7 degrees on the Richter scale, with epicenter in Santiago, in the Juan Pablo Duarte building, lasted 20 minutes and had the participation of the Fire Department of the National District.

José Luis Frometa, chief of the fire department of the National District, said that daily work is carried out with the COE to rescue citizens.

In Santiago.
At least 39,000 people were evacuated in Santiago, and two with injuries, simulated. More than 2,000 volunteers and relief groups participated in this trial.