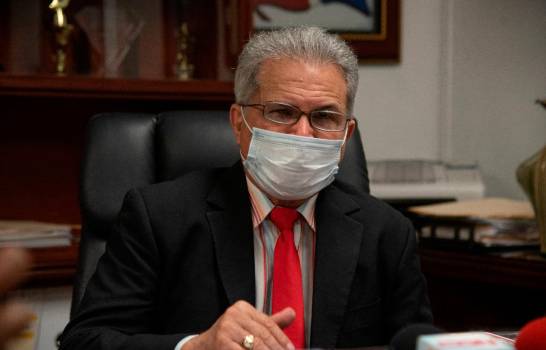 Waldo Ariel Suero indicated that there is a significant increase in infected children.

The president of the Dominican Medical Association (CMD), Waldo Ariel Suero, said Friday that the country is close to a resurgence of COVID-19 due to the considerable increase in cases of infection in recent weeks.

“Indisputably in these last weeks there has been a sustained increase of the cases of COVID-19, we are heading to a new outbreak if we continue like this, even many children also began to appear diagnosed,” said the doctor.

He indicated that the increase of contagion among children and young people is due to the reopening of schools, which have been one of the primary sources of transmission with classroom teaching.

He pointed out that after lifting the state of emergency, people have stopped using masks and have forgotten the distancing and have dedicated themselves to go from “party to party” without any care, which has also contributed to the increase in the number of cases.

The doctor revealed that if the number of cases continues to increase in the country, the Government would have to retake the state of emergency and consequently the curfew as other countries have done.

“We (CMD) are betting that this will not happen, that people will continue to be vaccinated and that they will start vaccinating children because many cases are appearing,” said Waldo Ariel Suero.

In this sense, he explained that the cases of children with COVID-19 that have appeared from 1 to 2% had been mainly in schools, which have produced an increase in the pandemic.

He explained that most of the people who have died during the last months had not been vaccinated.

“The vaccine does nothing to anyone, a little fever in some cases, arm pain especially in the Pfizer which is the one that produces it most in the area inoculated, but Dominicans have to understand that they must be vaccinated,” said the president of the CMD.

The president of the Dominican Medical Association expressed his disagreement with requesting a vaccination card for people to access public or private places, whether they are foreigners or natives.

He assured that this is an authoritarian measure of the Government, but it is done out of desperation because the people have not collaborated and do not vaccinate themselves.

Both the WHO and CDC in Atlanta have officially declared that the vaccine alone is not going to end the pandemic. Therefore, it is essential to continue with health safety protocols; masks, social distancing, avoid crowding, and frequent washing of hands vaccinated or not.

This guy is part of the problem he highly agrees with one but doesn’t agree with restricting the public. Make up your mind. You can literally flash any card you copy from the internet. Bunch of idiots!!!