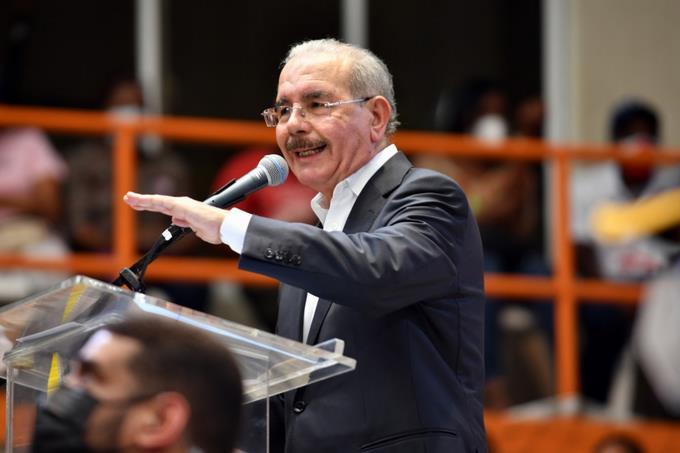 Santo Domingo.- “We lost the past elections because I feel that the people got tired of the well-being,” former president, Danilo Medina, said Sunday to justify having being voted out of office with then Dominican ruling party, PLD.

The statement drew the immediate rebuke of some citizens in the social networks. Many reject it outright and affirm that the “wellbeing” of the country was in “corruption and impunity.”

Also that the well-being of which the ex-president speaks, was what he and his officials had.

Medina, as the president of the PLD, was in a ceremony of swearing in of followers in La Vega when he referred to the subject.

The PLD party had been governing the country for 16 years, the last two administrations led by him and the previous years by Leonel Fernández, who left the organization and founded another party, Fuerza del Pueblo.

The former President’s comments show a disconnect with the daily reality the public experiences.

This is peek through a window to observe how some high level politicians are so insulated from the way of the life of the public that they only see what their handlers want and arrange them to look at; i.e., sanitizing neighborhoods and painting streets before a presidential visit.

He should go back to his hole…no shame…