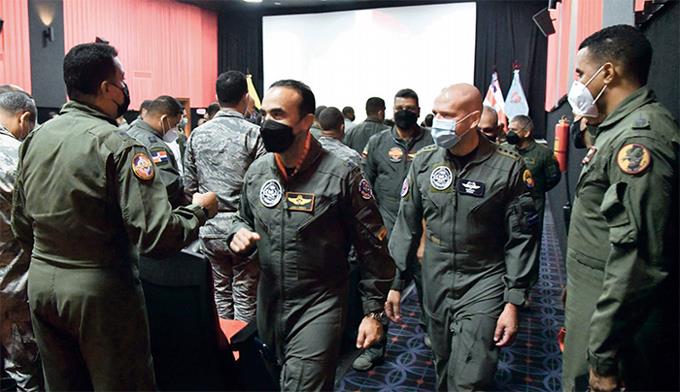 Santo Domingo.-The commands of the Dominican Republic Air Force (FARD) and the Colombian Air Force (FAC) came together again, this time to celebrate the eighth edition of the combined air interdiction exercises between both nations.

The opening of the exercises, which have been carried out among the Latin American nations, had the Hispaniola nation as host in a ceremony held yesterday at San Isidro Airbase.