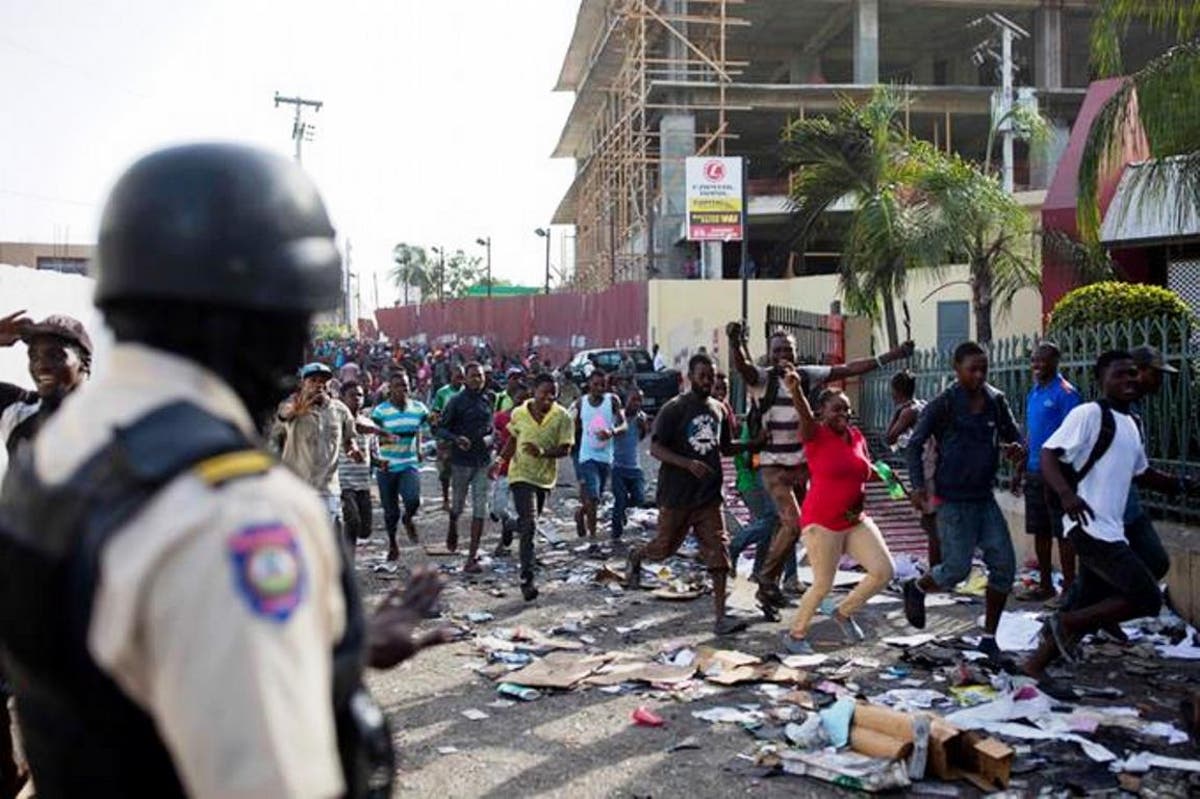 Valentín said it is challenging to achieve stability in a country where council members, senators, and deputies are elected separately.

Political leaders from different political parties voiced unanimous agreement that the situation in Haiti is a matter of concern and must generate alerts to the Dominican Government.

One of them was the president of the Dominican Revolutionary Party (PRD) and former foreign minister Miguel Vargas Maldonado. They cautioned to be alert with Haiti and defend national sovereignty in the face of the extreme crisis that the nation is going through.

“Above all, we must defend our sovereignty and we hope that Haiti reaches levels of improvement as soon as possible for the good of our neighbors as well as the DR,” said the former Foreign Minister, who added that Dominicans must be alert to what is happening there.

“Invasion never but some solution that seeks to establish order in a nation that, if what is published is true, is in the hands of armed groups in serious defiance of a weak state,” said Valentin.

He added that the international community should seek a rational multilateral solution to face the situation and put Haiti back on track through stability, solidarity, and contributions in terms of resources, economic, sanitary, and environmental.

He said that the situation in Haiti is painful and of concern and that he hoped that the international community, including the Dominican Republic, would make genuine efforts to promote adjustments in Haiti.

Valentin said that it is very difficult to achieve stability n a country where aldermen, senators and deputies are elected separately,

“A ruler who does not have a parliamentary majority is very difficult to govern…it only remains to wish the best fate for a nation that finds itself in truly difficult conditions,” he added.

The mayor of Santiago and the PLD political committee member, Abel Martinez, expressed that reinforcing militarily does not give the expected results.

Regarding the deployment of 11,000 soldiers to the Dominican-Haitian border, Martinez expressed that the results are important since, according to his criteria, “there is always talk of reinforcing the military presence on the border and the results are the same.”

“Our concern is constant about the Haitian problem,” said the also former president of the Chamber of Deputies.

Martinez commented that “if Haiti had sufficient military force it would have been invading us some time ago, but since it does not, it uses other methods of invasion that are seriously affecting national security.”

The mayor also commented that the country has always supported Haiti along with the international community. “They should continue to support us from their country and we should take care of ours because there are enough problems afflicting the Dominican Republic lately,” declared Martinez.

Mayor Abel Martinez does have a true concern about a fear of a Haitian invasion and it should have the attention of the national government. However, his pouring unnecessary fuel, “if Haiti had sufficient military force”, on an already tense situation does not help matters. It only heightens xenophobic emotions in the public. The RD should be even tempered responding to the Haitian situation.

The Dominican Republic has to submit to the Organization of American States and the United Nations its concern the turmoil in Haiti, if left unchecked, will result in its chaos adversely affecting the security of RD. It should challenge the organizations to send troops and assistance to Haiti to stabilize it. It is in a state of anarchy.

Listen Paul, The Dominican Republic Doesn’t “have to submit” to anything!! We are willing and able to comply with international assistance for a country that has nothing to do with us, that only creates a constant burden on our nation. The comments made from Martinez are not “Xenophobic” if you even care to read the history of how many times Haiti has invaded us, then you’ll understand his concerns. Otherwise I do agree Haiti needs civil order and for most of there nationals to leave the Republic, it was a temporary stay and they have prolonged their vsisit!

And who exactly is preventing DR from sealing its border with Haiti and stop all traffics of people and goods?????? Stop whining and seal your borders.