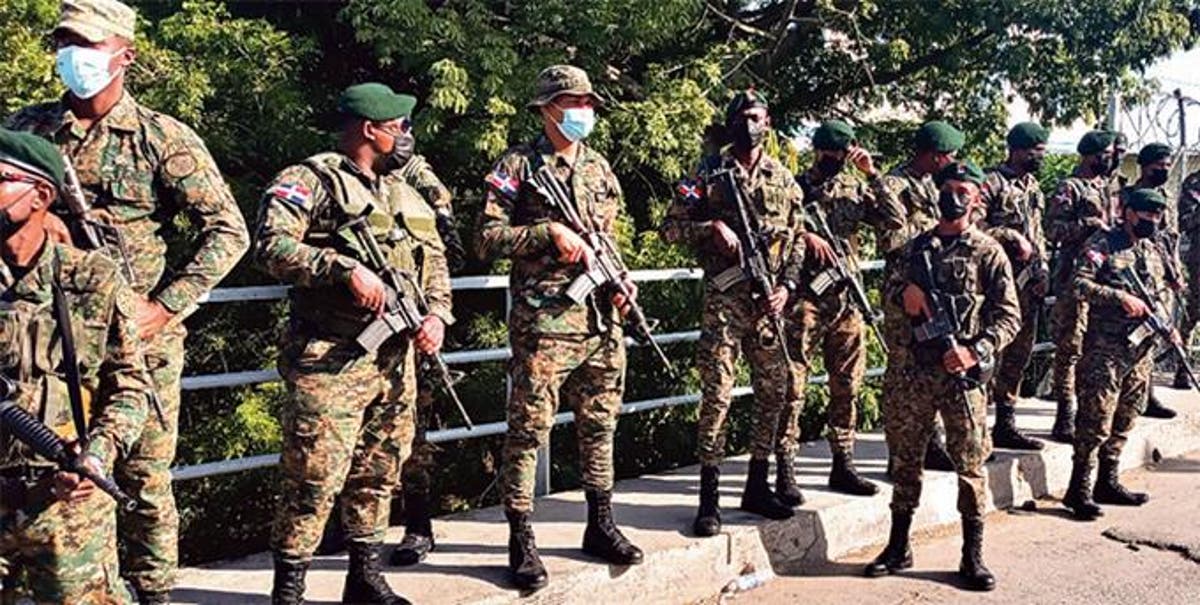 Part of thousands of Dominican soldiers who have been incorporated into surveillance work on the border with Haiti, where since Saturday helicopters, drones and elite troops have also been used to prevent the entry of undocumented persons and the illicit trafficking of goods, due to the political and economic crisis in that nation. EXTERNAL

Need. Haitians entered Dajabón yesterday to buy fuel, food, medicines, and other goods but returned to their country.

Helicopters and drones have been flying over the northern border zone of Dajabón since last Saturday, with a special reinforcement in charge of the Constanza Hunter squadron and the heavy artillery unit, in case of any eventuality, due to the protests, kidnappings, insecurity, and political instability prevailing in Haiti.

The new border actions are commanded by Colonel José Manuel Félix Brito, head of the Tenth Army Battalion, and directed by also Colonel and journalist Germán Rosario Pérez, commander of the Fourth Brigade of that military institute based in Mao.

According to the commander of the Fourth Brigade of the Army of the Dominican Republic, Rosario Pérez, 30 members of the Sixth Infantry Battalion of this military organization arrived at the border aboard four jeeps and a helicopter 0H 58, file 1903.

Also, a cargo truck to supply fuel to the aircraft that travel along the Dominican border guarantees the security and sovereignty of the Dominican territory.

Likewise, the soldiers have motorcycles, all-terrain vehicles, and security cameras as part of the great reinforcement in Haiti’s land strip.

Entry allowed
Haitians are crowded on the banks of the Massacre River on the Haitian side and at its border gate, trying to enter the country in search of fuel, food, medicines, and health care.

Yesterday Haitians entered Dajabón to buy fuel, food, medicines, and other goods, but then with the help of soldiers, they returned to their country.

Jean-Paul, a Human Rights activist in Fort Liberté and Juana Mendez, proclaimed that what is happening in his country is challenging to understand. The political, social, and economic crisis in Haiti has worsened after the assassination of President Jovenel Moise.

Jean-Paul said that disorder and lack of political will to solve the ills afflicting its citizens prevails in his country, so he called on the international community to intervene in the Haitian crisis.

Madness
He stressed that the gangs that are terrorizing the population are crazy, as are the kidnappings, and that to this is added the lack of fuel, food, a worsening of robberies and assaults in the streets, while the people arrested have all their rights violated in the police stations and prisons of Haiti.

On Friday, the commander of the Army of the Dominican Republic, Major General Julio Ernesto Florian Perez, and other high military commanders, made a tour along the entire border length to check the situation in the area, given the tense situation prevailing in Haiti.

These tools are fine to help along the border. However, the tools could be suggested as useless if border security continues to be breeched. Get rid of the border mafias.