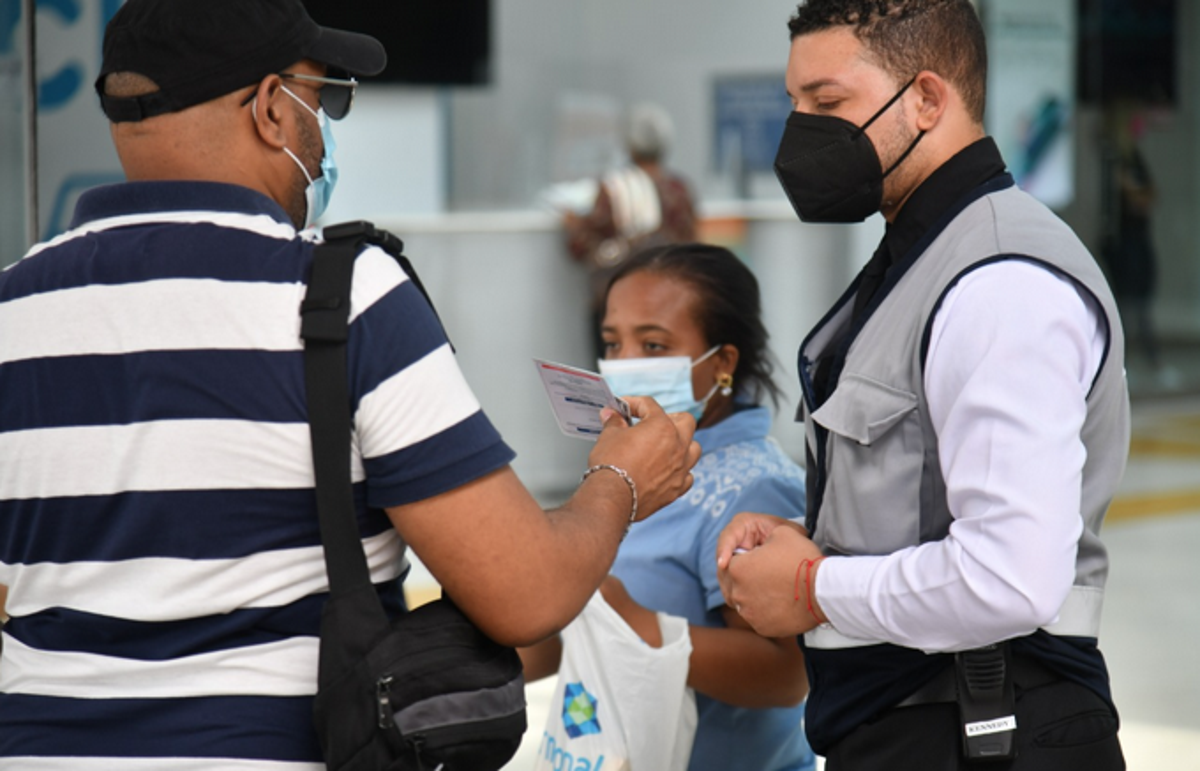 Only four of the ten places visited by Listín Dairio reporters strictly abided by the Ministry of Public Health regulations. Coordination was lacking to check the card for entry.

After almost 20 days of validity of resolution 00048, which provides that the vaccination certificate is an essential requirement to enter shopping centers, stores, restaurants, gyms, and others, some establishments have already forgotten the measure or seem to ignore it. On tour around noon, Listín Diario journalists witnessed the lack of compliance in two shopping malls, four supermarkets, and a restaurant in the National District.

Only four of the ten places visited abided by the regulations to the letter imposed by the Ministry of Public Health.

“I know everyone who enters the plaza. Those people who entered some work in the premises here … that’s why I don’t ask for the card, because I already know them and they felt invaded if I asked, but I do it with those I see who are strangers,” was what a security employee at one of the shopping centers said—busiest nationwide when questioned about the lack of request for a vaccination certificate to enter the square.

In another of the squares, the card was requested at its two main entrances. They were very strict with taking the temperature; However, everyone could enter without review when accessing the plaza through the underground parking lots.

In the same shopping center, reporters of this medium remained for 10 minutes, at least 27 people entered, and none were asked for certification with the vaccine doses against Covid-19. In others, there was no coordination with the employees at the entrances.

There was a very peculiar situation in the supermarkets: “of the citizens not having their own initiative to show their card, the security personnel did not bother to request it.”

When citizens walked to the entrance, they took their vaccination cards out of their pockets, wallets, or had in their hands or neck as an accessory. This relaxed the work of security personnel “who didn’t bother to ask for it because they received such strong objection when they did. It is very unpopular with the people.”

In others, there was no coordination with the distribution of employees at the entrances.

One of the premises with more than three main entrances asked for certification at one door, making the others accessible for anyone who wanted to enter without presenting the requirement.

There were shopping malls that were strictly complying with the average. However, its employees were stationed at the entrances and took the body temperature of the people who tried to enter, demanded the presentation of the vaccination card in printed format or via cell phone, and sprayed the hands of all citizens with alcohol.

MEASURE They do not request.
“Asking people to get the vaccine is one thing, the public is largely opposed to the card measure. They resent being asked for a card to enter where none was required before. It’s not our job to deny the public access to our services when we and they are already in compliance with the state health safety protocols. We scan for temperature, require masks, and spray their hands with disinfectant. That has been very effective,” the owner of one supermarket remarked.

The government knows that enforcement will not be kept up. It is just a tactic to get many more people vaccinated, and it definitely worked!

If they ask for my vaccination card ….NO WAY I WILL SPEND MY MONEY THERE …….THEY WANT TO FORCE THE POPULATION ., NOT GOING TO WORK , NOTHING BY FORCE OR MANDATE WORK , UNLESS YOU ARE IN CUBA , VENEZUELA OR OTHER COMMUNIST COUNTRY…MY TWO CENTS.