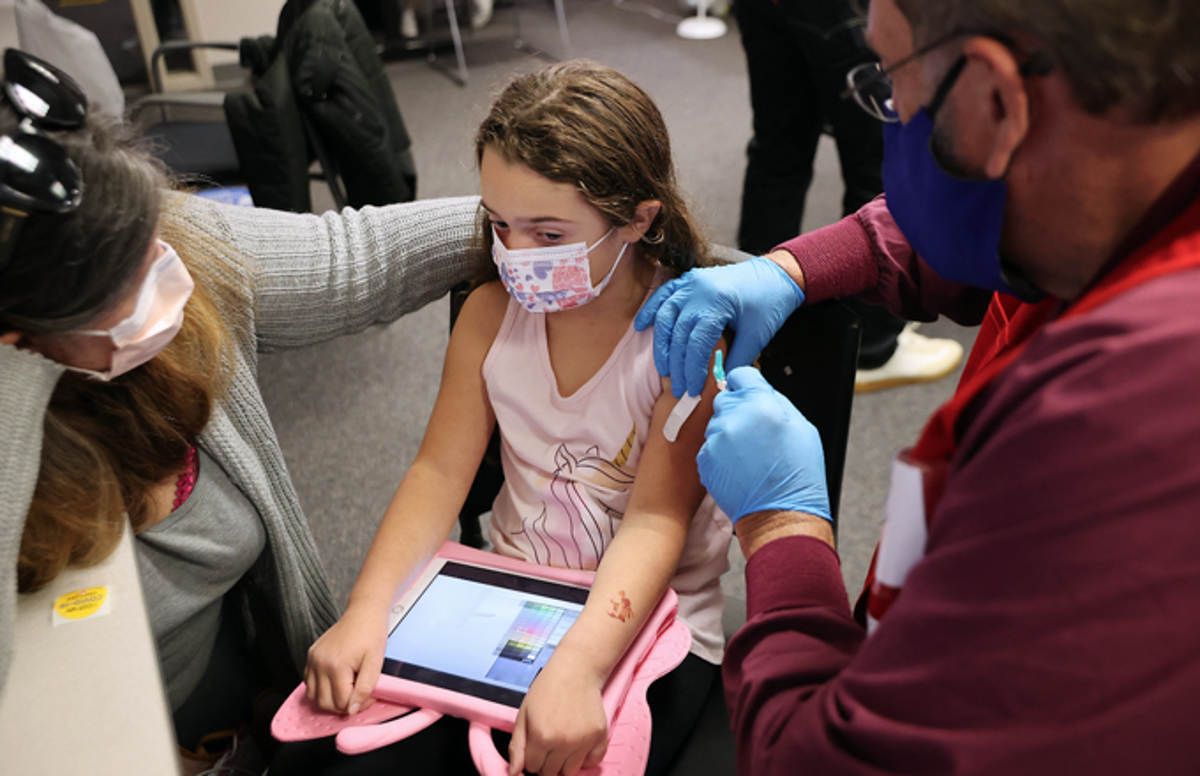 The Dominican Republic has a population of children between 5 and 11 years of age of around 1,350,000, which would be the target population to be vaccinated against Covid-19 once the immunization process against this population is launched, as agreed in the meeting held by the health authorities and the medical community.

This Monday, after a second meeting with the Dominican Medical Association (CMD) and representatives of Specialized Medical Societies, the Ministry of Public Health informed that the vaccination of minors from 5 to 11 years of age with two doses of the Chinese vaccine Sinovac was approved, as it is the biological vaccine available in the country, but the date was not specified.

The entity that pediatrician groups of the country issued yesterday a document on vaccination in children from five to eleven years old, consulting and seeking consensus among its members.

Consulted on the matter yesterday, Dr. Luz Herrera, president of the Dominican Society of Pediatrics, an entity that had initially asked for a waiting period until more scientific evidence on the effectiveness of the vaccine in this population was available, informed that they have asked the authorities to report what is the reality of the Covid-19 virus among Dominican children.

Herrera said that between five and 11 years, the country has around 1,350,000 children. As president of the Pediatrics Society, she understands that vaccinating them should depend on the epidemiological reality of the virus in that population group.

“We are not opposed to vaccination, what we want is for the authorities to say what is the reality of Covid-19 among children between five and 11 years of age, because we understand that the decision to vaccinate them should depend on the epidemiological reality of the virus in them, which we do not know so far,” explained Herrera.

Decided in a meeting
On Monday afternoon, acting as spokesperson, Dr. Eddy Pérez Then, advisor to the Ministry of Health on COVID-19, informed that the vaccination of minors from 5 to 11 years of age with two doses of Sinovac was approved, after a second meeting with representatives of the Dominican Medical Association, specialized medical societies and representatives of the Health Cabinet.

The meeting, which lasted more than two hours, was headed by Dr. Daniel Rivera, who assured that the main interest was to protect the child population. For this reason, they have sought the consensus of specialists in various areas, mainly pediatrics.

why the vaccine for children when the science says it is extremely low ,WHY WHY WHY .
DEATHS FROM CHILDREN DYING FROM COVID IN THE DOMINICA NREPUBLIC PLEASE ,OR DO YOU THINK THOSE WHO DO THERE RESERACH ARE STUPID,

It’s called population control, and the global elites, who control almost every government on the planet, are trying to extermination 90% of the world’s population, and they are using the medical-industrial complex to carry out that program, soft killing us with drugs and vaccines. It’s time for everybody to stand up for their rights. This is really sad to see. I am a United States native, I served honorably in the United States Marine Corps, and my political epiphany was seeing what the U.S. government did to those of us serving in the military with experimental vaccines way back in 1999. I got off active duty right after having to get the experimental anthrax vaccine, and I ended up with some health problems. I saw the U.S. becoming a tyranny, and I pursued a second legal residency in the Dominican Republic. I hold a Dominican Republic cedula ID (now expired), and the way the Dominican Republic has followed right along with this global medical dictatorship makes me glad that I didn’t permanently move there. It’s a shame, because I really love the people and the country. I don’t like seeing what the medical mafia destroying the rights and freedoms of Dominicans.

“epidemiological reality?” The reality is that Covid-19 and its many iterations have not harmed enough children in the world (or in this country) to warrant vaccination. Vaccinating children will result in more harm than good, and that is a FACT based on real-world data. It is sad to see governments around the world caving to big-Pharma and agreeing to HARM children for the sake of MONEY!