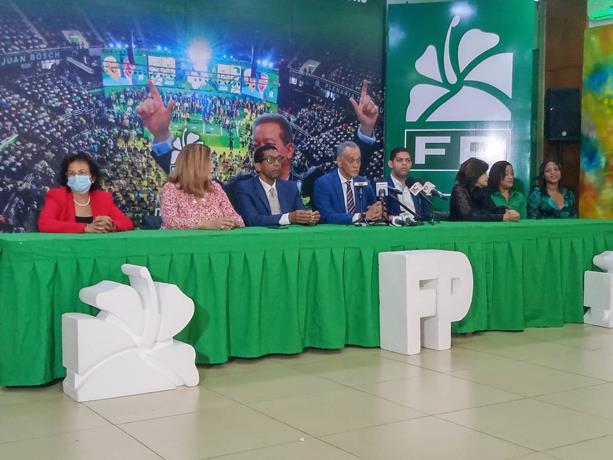 The Partido Fuerza del Pueblo (Party of the People’s Force) has set its position on the situation in Haiti, indicating that given the “constitutional power vacuum” in that nation, in addition to its political and social crisis, the international community “must act urgently and come to the aid of humanitarian food aid to help the more than five million Haitians who are suffering from pure hunger.”

The party led by former president Leonel Fernandez showed its support to the measures adopted by the Dominican State in the face of the Haitian situation. It urged that they be maintained until there are guarantees of control of the chaos plaguing the sister nation, suggesting constant monitoring of the eventualities that may occur there since, according to them, this, directly and indirectly, affects the Dominican Republic.

The document containing the position of the Fuerza del Pueblo on the Haitian conflict was read by its secretary for international affairs, Manolo Pichardo.

Finally, on behalf of its president, Leonel Fernandez, the representatives of the political entity ratified an alert call to foreign organizations to “find “an urgent multilateral solution to the drama Haiti is going through.”

The climate of instability in Haiti had prevailed since July 7, when its president Jovenel Moïse took place.

In addition to the tragic event, the neighboring country suffers from a lack of institutionality, increased criminality, and a lack of fuel.

In recent weeks, the Dominican government has tightened restrictive measures against Haitian migration.

One of the most recent measures was to pause the visa program for Haitian students and limit illegals’ access to the country’s hospitals and health centers—likewise, days before; he ordered the militarization of the border with more than eleven thousand soldiers.

There is a great humanitarian and geopolitik want for the presence of the “blue helmets” in Haiti. There is a mafia and gang driven earthquake in the country that demands remedy.

You have to take out the gang banger punks first!!!

Nope, Haiti needs them on standby to get rid of missionaries.