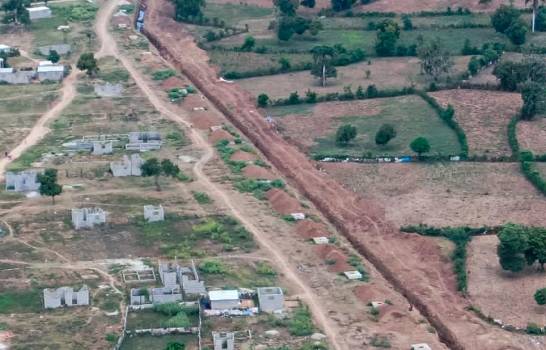 Santiago.- In wake of the assassination of Haiti president, Jovenel Moise, the construction of an irrigation canal in Pierré, between Fort Liberté and Ouanaminthe, near the Dominican border, was immediately paralyzed.

The controversial project sought to channel the Masacre River, which separates the Dominican Republic from Haiti to the north and consequently divert it to control its water.

The suspension of the work has displeased Haitian farmers and in turn, relieves Dominicans who cultivation rice and livestock in the communities of Sanché, La Vigía, Los Cocos and others.

The work began in April this year and sparked protests from producers and Dominicans outside the agricultural activity.