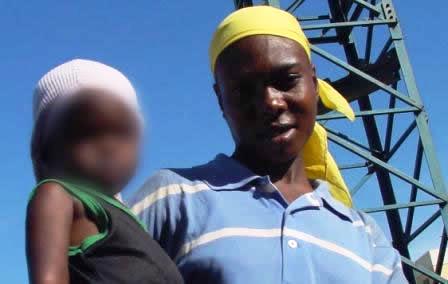 Santo Domingo.-The UN called on the Dominican Republic on Tuesday to suspend actions that violate the human rights of the Haitian population, especially the deportations of pregnant women.

The United Nations System, in a statement, expressed its “concern” over the detention and deportation of pregnant women who were seeking or even already receiving care in health centers and hospitals in various regions of the country.

These actions, the statement stressed, “put the physical integrity and life” of these women at risk and violate the process established in national protocols and international conventions and standards on deportation of migrants.

“The United Nations System calls on the State authorities, in charge of applying the decisions made by the National Migration Council, to prevent and suspend actions that violate the human rights of the Haitian population, and to restore respect for human dignity in the application of their immigration and security policies, ” the statement said.

Where are the UN’s comments about violation of human rights and people’s well-being in Haiti that cause pregnant Haitian women cross the border to seek medical help from the RD?

The UN should be using its power to provide funds and medical resources to reduce the stress on the RD’s health system caused by the onslaught of pregnant Haitian women.

U.N. should ask the Haitian government to take care of their people , NOT the Dominican Government.

Unbelievable it never ceases to amaze me, the level of ignorance that the united nations always displays towards the Dominican republic. The dominican republic need to leave their membership and tell the UN to go to Hell and shove their opinions up their A$$!

They have not say a word about the US deportation of Haitian children back to Haiti. And they have not say a word about the crisis in Haiti. What part of ‘there are not beds available to Dominican women in DR hospital because they are all occupied by Haitian women’ they don’t understand? On another note, the Jefws foreigner owner of this newspaper should watch what and how they talk about DR affairs. Keep in mind that you are a guess in our country. If you care about Haitians take them to your country.

Why DominicanToday is taking a stand against the Dominican Republic? I will forward this article to DR authorities so they can keep an eye on these foreigners living in our country, but acting against our best interest.

UN acting like they never deported immigrants, they are acting like if its abuse of rights when its really not. Those people are not supposed to be there if they are illegal, if we let them just stay there our whole country will collapse, making out little part crowded than what its already is. DEPORT THEM ALL IF THEY ARE ILLEGAL, OUR PART OF THE COUNTRY ALREADY CROWDED WE CANT JUST HAVE ILLEGAL PEOPLE…

In the UN conference the President said very clearly.. “The DR has not been and will ever be the solution for haiti, and haiti needs International help in the midst of their crisis” The UN didn’t say or didn’t do anything. The Dominicans get deducted 28% taxes and from the total Public Health budget each year 59.7% goes to illegal mothers giving birth, this represents a total of $73,000,000.00 US Dollars per year goes to the haitian women when the majority of them have an average of 6+ children. These numbers were taken from the 2019 year statistics so I am assuming that the numbers have increased since then. We as Dominicans stipulated by Articles 18,19 and 20 of our constitution (which these articles have been placed there since the first constitution of 1844, not added recently) We rightfully demand a wall to be placed in our literally non-existent border of grass and dust and trees. We do not want a miserable and puny fence, we demand a 15FT wall of concrete and cement not of cinder blocks. We want them on their side, be prosperous, pay taxes and build their country, but on their side which has been since 1804. We want to be on our side which has been rightfully ours since 1844 when we had our independence from 22 years of haiti invasion not from Spain. We as Dominicans cannot continue to be stripped and squeezed by taxes and then other nations to enjoy the benefits of our hard work and efforts, when in public hospitals Dominicans cannot attend because there is no rooms or beds for them, Dominicans also have to pay a difference of $2000 when giving birth.

That’s just wrong, They are not Dominican citizens they have no right to come into our country and take our resources and yet call us “ the bad ones”