Drivers in Santiago march in protest of higher fuel costs 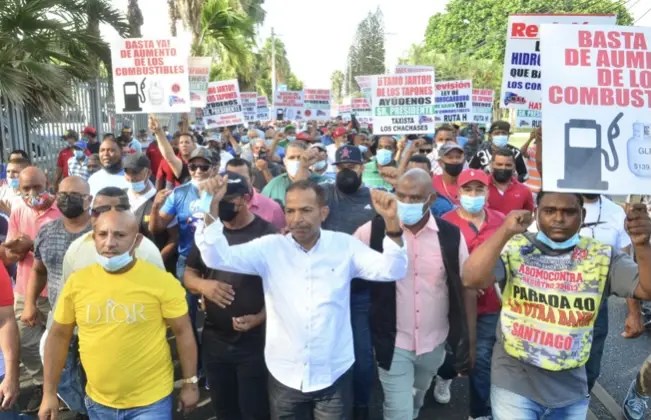 Drivers of the busiest taxi routes in Santiago took to the streets yesterday to march against the increase in fuel costs in the region.

“The drivers of the Cibao region and the country are mobilizing against the abusive prices of fuel, lubricants, brake bands and all the other components that make it possible for mass passenger transportation to operate,” explained union member Juan Marte, who led the protest.

Marte is the president of the Central Nacional de Trabajadores de Transporte.

He accused the Ministry of Industry and Commerce and other institutions in charge of fixing prices of leaving the Dominican people “downtrodden,” neglecting the basic needs of the community.

He asked the authorities to modify the Hydrocarbons Law so that the drivers are affected as little as possible.