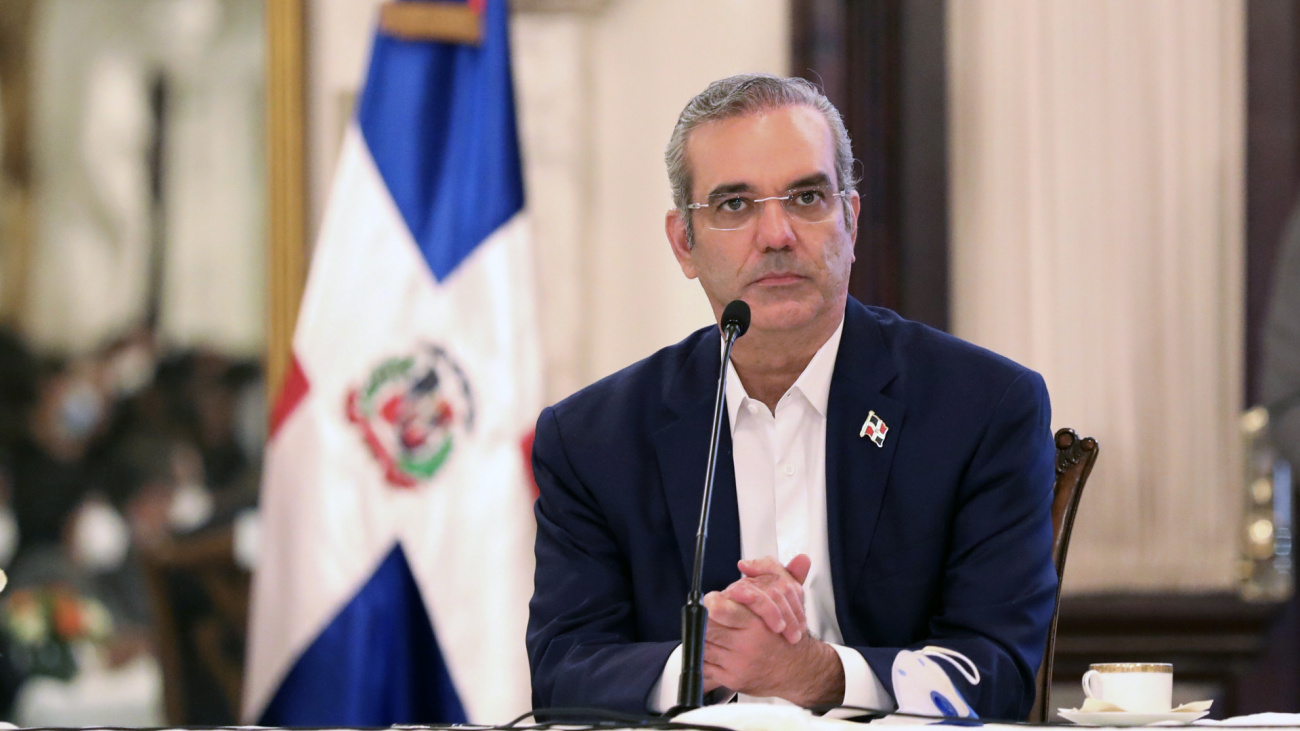 Santo Domingo.- President Luis Abinader said last night that the fact that 75% of the Haitian nation is in the hands of armed gangs poses a serious threat the Dominican Republic.

The president said that in the face of the crisis in Haiti, the Dominican Republic has sought support in various settings, but that in the case of the United States, their attitude is that they solve the problem and that there be a Haitian dialogue.

“And who is going to do the dialogue. “Barbecue” and the 400 Mawozo. Are you going to talk with them? So our situation is a delicate situation,” said the head of state.

He said that no other government, in recent years, had dedicated so much time to hit and had not had as much information from within Haiti as his government to secure national sovereignty.

“The issue today, gentlemen, is that those who control 75% of Haitian territory are the gangs,” he said.

Nobody cares about HAITI, their diaspora are full of shit always attacking DR but they never go to haiti and never invest in Haiti, they expect DR to solve their problems like we have been doing for the last 80 years.

This is the historic time to return all the Dominican land was stolen like hinche, juanamendez,tabarre which have historically belonged to Santo Domingo population, this is the time for DR to be more drastic with Haitian goverment and flex some muscle on them so the next time their fool chancellor wants to make stupid coments on DR he will know better.

You are talking shit. Most countries in the world had gone through bad situations for hundred years. Go read through the world history, if you really know how to read. Look how many Mexicans and other central American countries trying to cross the US border as ADL. “Rethink ” Thank you so far, for the good and mostly bad things your country has done for my Haiti. There’s more good haitians than the one you’re trying to talk about.

The situation of the DR is certainly made difficult by the growing instability in Haiti. However, the inflammatory speeches of some Dominican leaders are not helpful. And making an alliance with Panama and Costa Rica to “pacify” Haiti without even consulting the Haitian Government is either grandstanding or political malpractice, whatever “pacify” really means.

The President saying Haitian nation is 75% in the hands of gangs is something many people and other states do not want to hear. At least, Pres. Abinader has the pluck to say it. This is an unofficial acknowledgement Haiti is falling into the same situation as Africa’s Somalia. It creates more instability for the Caribbean region and especially the RD. Haiti, the home of mafias, gangs, and extremists is on the west side of the frontera.

The international community has to get involved to stop the chaos.

Do you live in Haiti? My guess is for sure you don’t .

bravery of the haitians people LOL.Our country already existed lol shut up Santo Domingo learn some history before talking some crap, they didnt figth for our side, they figth for their side, 80% dominicans dont have haitians blood thats totally false, thats why haiti is what is today for speak so many lies, Bullshit!!,Santo Dominigo was founded first so maybe is the opossite because had their our africans in their side. Soo many lies because we were already free because Mulattos were majority in the population and 5% were black and slave when the haitians came here, we know our history too.2 % of the population have haitian blood and you said 80% ignorance 1000%

Before u talk about things you don’t know go read the dictionary on mulatto and it’s meaning , it seem you know nothing about the land of Hispaniola and it’s history