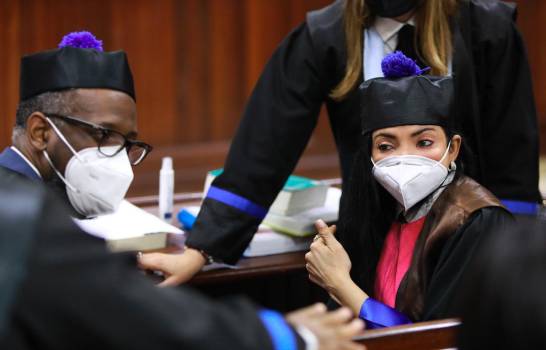 Santo Domingo.- In the second part of Operation Coral (5G) the authorities managed to identify that the corruption network that operated in the military forces and the National Police, not only benefited Major General Adán Cáceres, Rafael Núñez de Aza, and Alejandro Girón Jiménez, who were arrested in the first stage of the case, but instead favored other members who had command levels in the military institutions and who allegedly became illicitly enriched.

In a preliminary way, there are 14 investigated who are in the custody of the Justice Ministry. Among them are three generals, seven colonels, a police major, two captains and a first lieutenant.

The members of the military and police forces investigated are General Juan Carlos Torres Robiou, FARD, who was identified in the structure as “Dl”. He served as director of the Specialized Tourist Security Corps (Cestur) in the 2014-2021 period.

Have the money returned to the people and jail the corrupt members of the network !