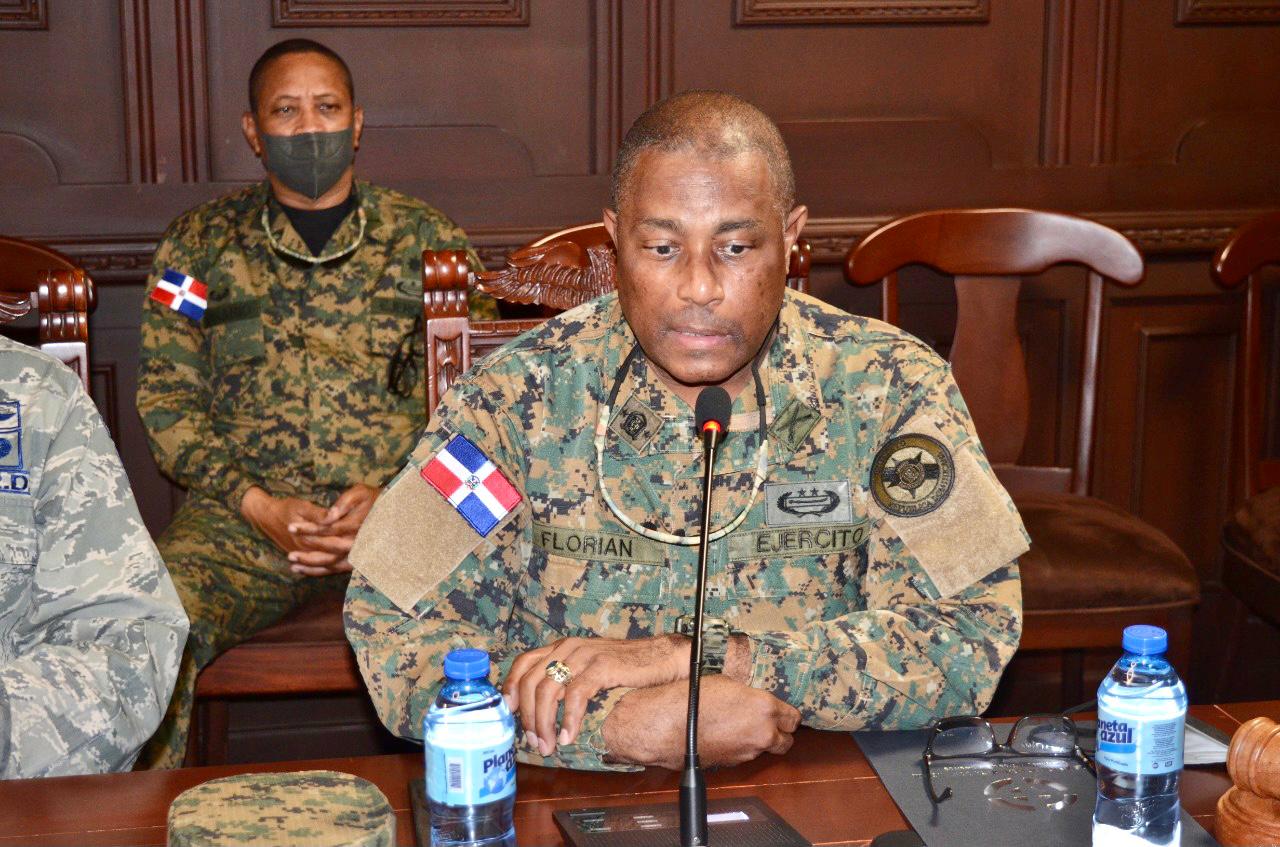 The Dominican Republic is prepared to defend its sovereignty and the integrity of its territory against any person who wants to disturb or violate it with warlike actions, guaranteed yesterday the general commander of the Army of the Dominican Republic, Major General Julio Ernesto Florián Pérez.

He specified that the border zone is calm but that the most vulnerable points are being reinforced with elite units and tactical teams all along the borderline. Surveillance is permanent by air, sea, and land.

Florian Perez made an air and land tour of the border zone between Pedernales, Barahona, Jimani, Elias Piña, and Dajabon yesterday to verify the conditions along the perimeter.

“The border line is being reinforced at the most vulnerable points, constantly training the special forces, in addition the support forces and the Air Cavalry are available. Everything is calm, we are here to protect you,” he specified while asking the population to be calm because the surveillance is permanent.

When asked if the Army is prepared to face any situation that may arise, Florián Pérez answered: “We are prepared for any contingency only to defend the sovereignty and integrity of our territory from people who want to disturb or violate our territory with warlike actions.”

He emphasized that they are ready to protect the country, the citizens, and the interests of the Dominican population.

“Rest assured that you have an Armed Forces, an Army that will be attentive to any situation that arises in our country and we will be present defending our sovereignty,” Florian Perez stressed.

Vigilance
The Army of the Dominican Republic (ERD) has deployed more than 11,000 members along the 391 kilometers of the border. There are also members of the Cuerpo Especializado en Seguridad Fronteriza Terrestre (Cesfront), stationed from Montecristi in the North to Pedernales in the South.

The Dominican Navy is responsible for supervising the maritime areas, mainly in Montecristi, where the Northern Naval Command operates at the Manzanillo Base, and to the South in Pedernales, from the Cabo Rojo Port. The patrol and surveillance tasks are carried out by coast guard vessels and interceptor boats.

By air, the Dominican Republic Air Force (FARD) is in charge of surveillance and has its rescue, combat, and transport squadrons, which use Super Tucanos and helicopters.

Yesterday, the truce granted by Haiti’s most powerful armed group, G9, and Fanmi e Alye, to facilitate the distribution of fuel expired. According to press reports, the Varreux oil terminal alone delivered more than six million gallons of diesel and gasoline to the local market in six days.

The question to be asked with all these elite units and tactical teams at the border is why the illegals continue to enter the country? There are holes along that have not been plugged. The border mafias make the holes. The mafias need to be plugged.

Sad that a bunch of punk gang bangers….can hold a Country hostage!!! Take em out!!