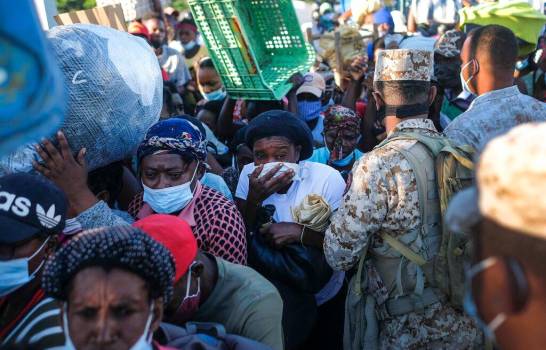 The Central American Parliament (Parlacen) urged this Saturday the countries of the region and the UN to support Haiti in the face of the political, humanitarian, and migratory crisis after President Jovenal Möise last July.

The regional political forum, based in Guatemala, asked this country, which holds the pro tempore presidency, to negotiate with the States of the Integration System (SICA) “common positions aimed at concretizing regional and hemispheric actions to provide humanitarian and food aid to help the Haitian population.”

In addition, it requested urging the UN and the international and integration organizations of Latin America to “analyze the social, economic, political and security crisis” suffered by Haiti to carry out coordinated actions with the Haitian authorities “aimed at the national reconstruction of that country,” the statement added.

On July 7, Möise was assassinated in the circumstances not yet clarified, aggravating “violence and deepening ungovernability” and the “humanitarian crisis” in Haiti, causing an “exodus of inhabitants,” especially to the United States.

They also ask the Commission of Migratory Authorities of the SICA member countries to coordinate regional measures to address the Haitian migratory phenomenon.

Thousands of migrants, mainly Haitians, enter South America and then head north to the United States in a dangerous journey that includes the Panamanian jungle of Darien.

According to Panama’s Migration, more than 91,000 migrants passed through this virgin jungle of 575,000 hectares in 2021, a figure equivalent to the total of the previous five years.

Parlacen, whose resolutions are not binding and have been in operation since 1991, comprises deputies from El Salvador, Guatemala, Honduras, Nicaragua, Panama, and the Dominican Republic. Costa Rica is the only country in the region that is not part of the forum.

It also has as observers representatives from Mexico, Morocco, Puerto Rico, Taiwan, and Venezuela.

Foreign troops under the umbrella of the UN are needed to maintain peace and order in Haiti, allow its government to reestablish itself, and to prevent border incidents. The peoples of Haiti and the RD would benefit from this.