Ramón Orlando assures that reggaetón is not music, it’s entertainment 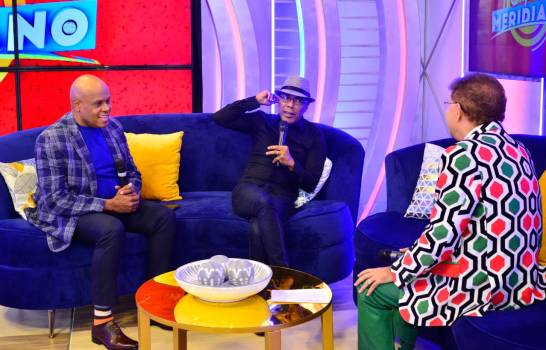 The renowned Dominican musician Ramón Orlando expressed in the program “El Súper Meridiano” that urban artists are not music but entertainment.

The producer and composer were also clear in saying that the world is terrible and full of problems. So today, what they are looking for is how to entertain themselves; that is why many have listened to these songs that these urban artists record.

He revealed that these lyrics are full of violence, bad words, and constantly inciting the consumption of controlled substances.

“They have tried to change, but the world is wrong and though they want decent things, it just doesn’t don’t work out. Imagine my son, a musician from the National Conservatory tells me that the biggest success right now is ‘I don’t know where you’re going to end up’,” said Orlando.

El Súper Meridiano celebrated its first month on the air last Friday; it is broadcast Monday through Friday from 12 noon to 2 pm on Supercanal 33 for the Dominican Republic and La Señal Caribe for the United States and Puerto Rico.

El Súper Meridiano, which has already completed one month on the air and is broadcast at noon on Super Canal 33, presents a fresh and varied proposal every day, with Domingo Bautista at the helm, accompanied by Arisleyda Villalona La Condesa, Jenn Quezada, Mister Mambru, Ingrid Jorge, Liliam Bobadilla, and Verónica Batista complete the talented staff.