A date of infamy: the murder of 3 Dominican sisters 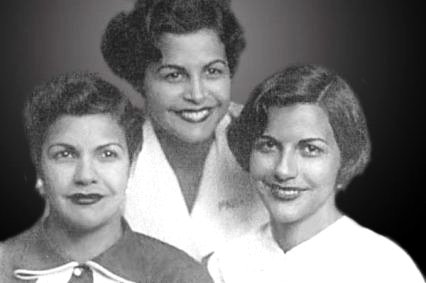 Santo Domingo.-This Thursday marks the International Day for the Elimination of Violence against Women, proclaimed by the General Assembly of the United Nations in 1999 as a day of awareness and denunciation of violence against women in the world.

The origin of the date has to do with the crime of the sisters Patria, Minerva and María Teresa Mirabal, who were brutally murdered in 1960 by order of the dictator Rafael Trujillo (1930-1961).

This Thursday marks the 61st anniversary of their murder with Rufino de la Cruz, who was transporting them in a vehicle when they went to visit their husbands in jail.

In 1979, the United Nations secured the approval of the Convention on the Elimination of All Forms of Discrimination Against Women.

25 th November 2022 will be tomorrow in this part of the world. And felt lucky today to know about the courageous sisters.
My Respects to the Mirabal sisters and family who showed exemplary courage against dictatorship. 🙏 From India