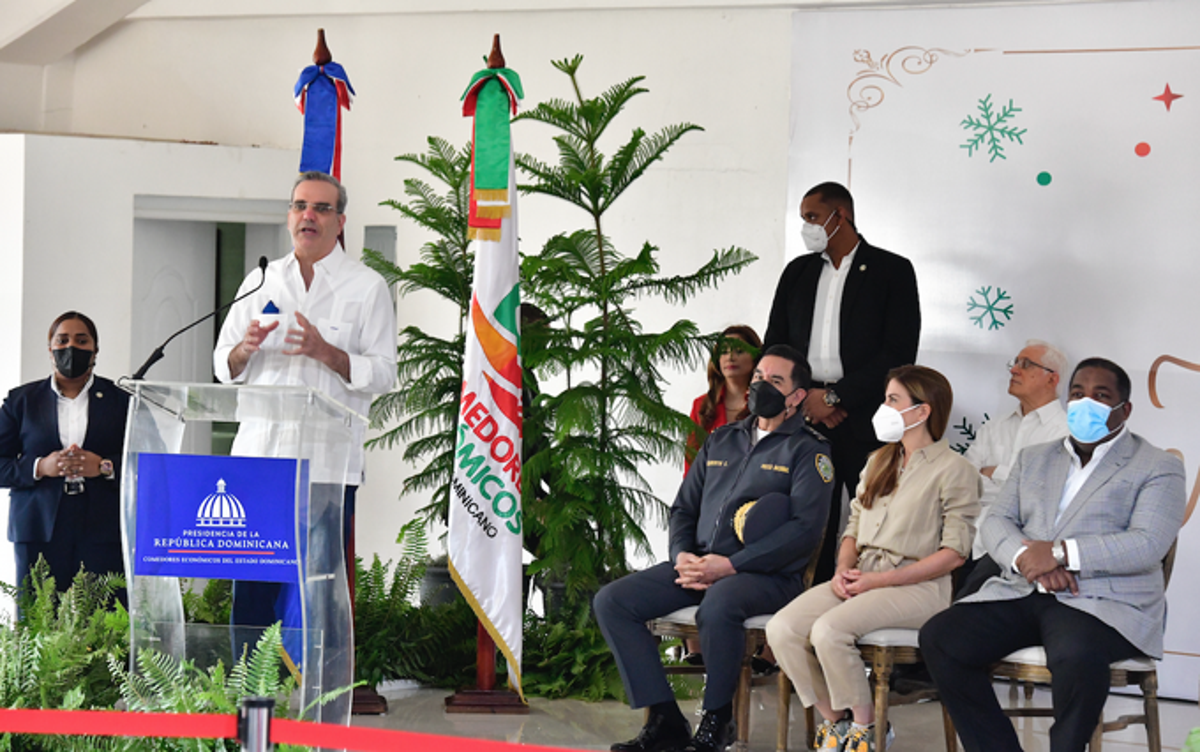 The government will launch the Christmas operation “Christmas of Change,” and through the State Economic Canteens will distribute cooked and raw Christmas food to vulnerable populations nationwide.

During a ceremony headed by President Luis Abinader held yesterday at the Livestock Fair, it was reported that for this purpose, several activities had been coordinated with different social organizations such as neighborhood councils, churches, clubs, peasant associations, mothers’ clubs, among others.

Among the coordinated events, 500 Christmas dinners and lunches will be held for popular gatherings with neighborhood councils and social organizations throughout the country, benefiting 250 thousand people.

Another 525 thousand people will benefit from installing 350 points to distribute cooked Christmas rations in different communities by deploying mobile kitchens and fixed kitchens in neighborhoods and municipalities.

The operation also contemplates increasing 100 thousand daily rations of packed lunches nationwide during December and January. This provision will have a scope of 4.4 million cooked rations and 150,000 raw rations.

Works for Bonao
Later, President Abinader went to Bonao, where he ordered the construction of several works, including the new municipal market, streets, sidewalks, curbs, and speed bumps, with an investment of more than 979 million pesos.

The president also informed that the investments include 474 million pesos for constructing several water distribution systems, including the multiple aqueducts of Maimón Piedra Blanca.

Abinader announced the construction of the Sonador multiple aqueducts for 224 million pesos through the National Institute of Drinking Water and Sewerage (INAPA).

In addition, the expansion of the multiple aqueducts of Maimón Piedra Blanca, for an amount of 250 million, is a work that will go to bidding in December 2021.

The governor announced that in the first and second semesters of 2022, the projects would be started according to the schedule of the province of Monseñor Nouel.

He also announced the construction of the Villa Liberación and Arroces Green Corridor in Bonao, the fire station, and the diverse sports fields in the sectors of Platanitos, Las Palmas, and Brisas del Yuma will be started.