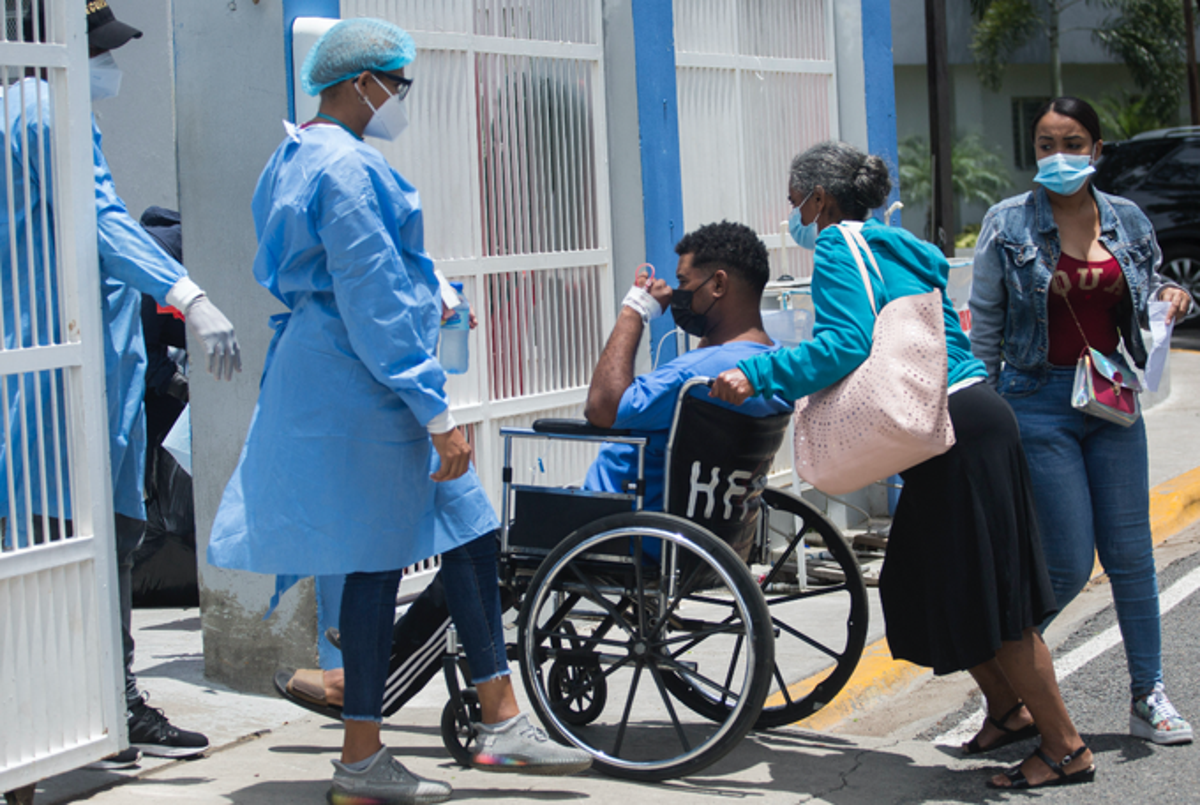 The Ministry of Health yesterday registered 3,956 active cases of coronavirus in the country that have contagion capacity.

Santo Domingo, DR
A systematic decrease in the notification of new cases of Covid -19 registered in recent weeks in most of the country’s provinces, except for Dajabón and the National District, which show increases.

This was revealed yesterday by the Ministry of Public Health authorities, ensuring that the country entered the phase of decline in cases of the virus after the increase registered within the fourth wave of the pandemic.

Meanwhile, after several weeks with daily reports of between 800 and 1,000 new virus cases, yesterday, the system notified a significant disposition by registering 470 new cases in the last 24 hours.

The reduction also includes other indicators, including the seven-day incidence, positivity, and infection rate, revealed by Doctors Ronald Skewes and Eladio Pérez, National Director of Epidemiology and Vice Minister of Collective Health, respectively.

“We are probably in the decline phase with a clear tendency to decrease,” said Skewes.

They said that the country has three weeks with the positivity decreasing and the incidence of seven days, contrary to what happens in other nations. The officials pointed out that between weeks 44 to 45, there is a clear downward trend, and they gave Santiago, Santo Domingo, and La Altagracia as an example; they have been decreasing cases for three weeks.

Regarding age, they pointed out that the epidemiological follow-up shows that the average age trend is decreasing this year, with young people being the most affected. Yesterday the country reported one death and 470 new positive cases of the virus, detected in a total of 10,033 laboratory samples processed in the last 24 hours.

The report shows a drop in daily positivity, standing yesterday at 6.68% and the accumulated for the last four weeks at 8.29%.

With the registration of a new death, the number of deaths caused by Covid-19 in the country rises to 4,195, placing the fatality rate at 1.04%.

It indicates that admitted to regular Covid-19 beds, there were 459 patients for an occupation of 20% of the beds enabled in that area. In Intensive Care Units, the admitted totaled 193 for an occupancy rate of 33%. The patients connected to ventilation were 127 for the 27% occupancy of the equipment enabled for patients with the disease.

FIGURES
Active cases
As of yesterday, active cases of viruses captured by the system totaled 3,956, of the accumulated total of 404,754 registered, of which 396,603 are reported as recovered since the pandemic began. In addition, there are 44,541 infected persons under 20 years of age caught by the system to date, 1,471 pregnant women, and 1,643 health workers.