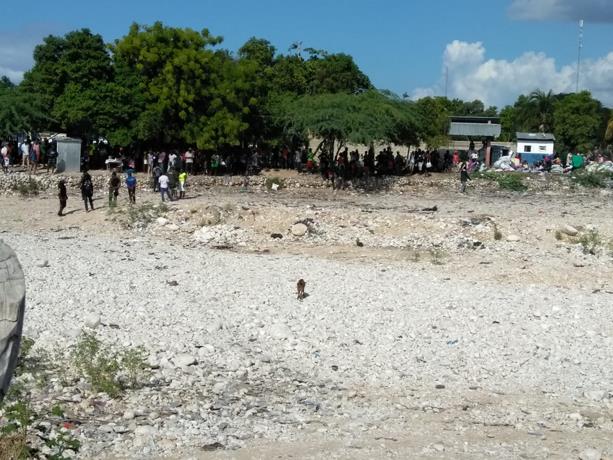 The Haitian authorities did not allow their citizens to cross the borderline this Friday and participate in the binational market of Pedernales.

After being repressed so that they would not cross to the market, the Haitians gathered around their territory to avoid retaliation by the authorities of their country, especially by the municipality, which intends that the commercial exchange takes place once a week there.

This Friday, environmental employees of the Haitian side were stationed in the surroundings of the border cordon in order not to let their fellow natives of the community of Anse-a-Pitres cross to the business scheduled for Mondays and Fridays of each week.

Although it could not be confirmed, it was said that the mayor there, Harry Bruno, has asked the authorities of Pedernales to allow them to hold the border market on Mondays of each week, which has not been granted, presumably because the market was created by the authorities several years ago to operate in “No Man’s Land,” where the structure of the border business is located.

Despite this situation, the gate that gives access to the neighboring country remained open this Friday as on other days, but with the security measure of soldiers of the Specialized Corps for Land Border Security (Cesfront), the Navy, the Army, and intelligence services.

In a tour of the Listin Diario, it could be seen that many Haitians tried to break the rules imposed by the authorities of the community of Anse-a-Pitre so that they do not cross into the territory and go through places of the division to reach the market.