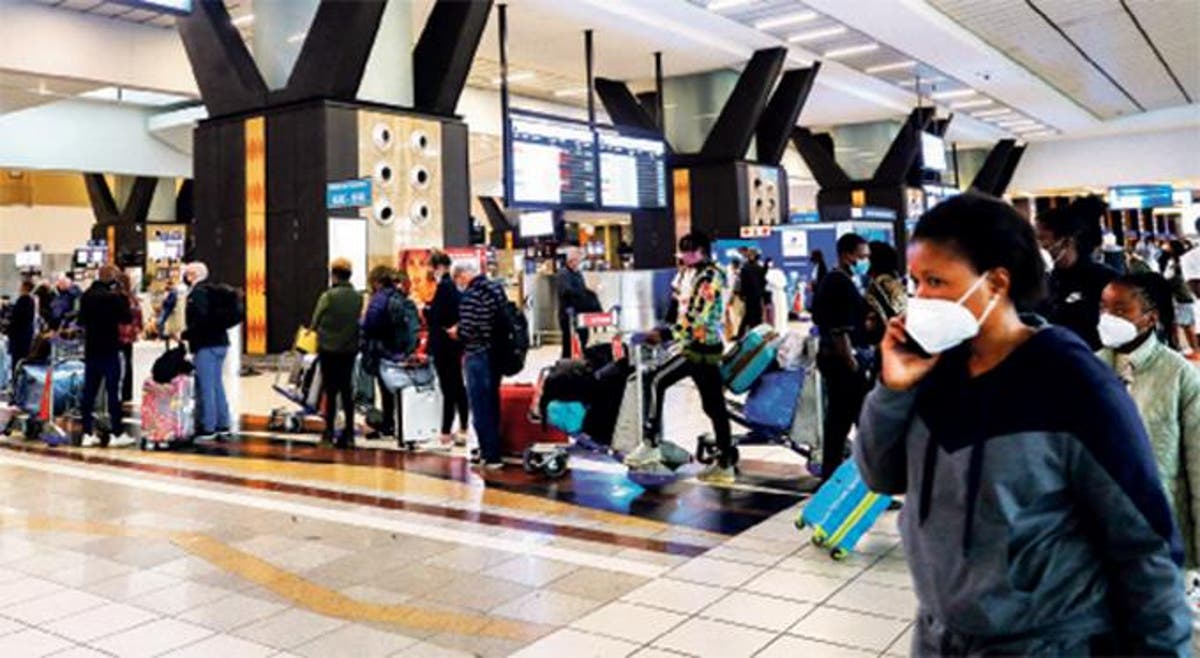 The Dominican Republic must adopt measures that prevent the community circulation of Ómicron, which varies much more contagious with Covid.

Santo Domingo, DR
The Dominican Republic must implement actions to prevent the entry or spread of the new Omicron variant of the coronavirus, which is more mutant than the predominant Delta, beyond prohibiting passengers’ access from five South African countries as was done.

Several countries in Europe and America have closed their borders to passengers from South Africa since last weekend, and others are restricting the movement of their inhabitants at night, while scientists and the World Health Organization evaluate the risk of spread and the impact it could have on people.

The president of the Dominican Society of Infectious Diseases, Clevy Perez, states that the Dominican authorities have to make the epidemiological surveillance more efficient with studies to determine variants, greater control at airports, in the requirement of vaccination cards and with the crowds of people, and to follow up on those entering the country.

Preliminary studies
He explained that although the studies of the new variant are still preliminary, the fact that it is more mutant increases the risk of reinfection. This is because it remains more in people’s bodies and, in turn, leads to the emergence of new variants.

“It’s preliminary data based on the mutations that have been detected in that variant, but it’s still too early to say for sure…We don’t really know how far Omicron has gone, because there are sequenced cases of samples from November 9. We are talking about that before it started to be reported, and like everything else, generally, when it is noticed or perceived, it is realized that it had already been circulating for weeks or months”, he referred to the fact that the first cases were confirmed on the 24th.

He asked for more control on the people entering the country, that they have vaccination cards, that they do not have symptoms, that they comply with a few days of isolation and the use of masks”.
“We cannot continue to be so permissive, because then we will have a bigger problem. It is the moment to prevent, to be assertive and above all to be proactive in prevention”, said the specialist when interviewed for Listín Diario.

It would replace Delta.
She explained that the delta variant, of greater facility of contagion and affections, is the one that is predominating in the Dominican Republic. Still, one of the worries is that Omicron, by its mutations, would have the advantage of becoming more infective. When a variant is more infective, that is to say; it has more capacity to be contagious than another one. It will be displacing the previous one and will become the dominant variant.

The circulation of the delta variant and others in the country have impacted the pandemic statistics, which has accumulated 4,204 deaths and 406,803 infected.

It is necessary to get vaccinated.
The first thing that the specialist in infectious diseases proposes is to extend the vaccination process in the Dominican Republic, warning that the longer a part of the population remains unimmunized, the more the appearance of new variants will be favored.

“People who have not been vaccinated yet should not waste any more time and get vaccinated, do not miss the opportunity, because regardless of the fact that new variants may appear with certain difficulties of the antibodies blocking it, but it will always be better to have a protection before being infected than not having any type of antibody or protection and immunity,” he claimed.

He said that studies and science have demonstrated the efficacy of vaccines, which are applied free of charge in the country, and still those who do not want to be inoculated and when they contract the virus face greater seriousness and even die.

“The truth is that I do not understand, it is a little difficult to understand, because they are so proven, science and studies have shown that vaccination reduces, not only the risk of contagion, because a vaccinated person can be infected, although he/she has less probabilities, but it reduces the possibility of hospitalization and death, so why do they lose the opportunity to have this protection?”.

He said that they are seeing diabetic patients, not vaccinated, who is getting very complicated.

Complying with restrictions
Although the authorities have established the use of masks, distancing, and vaccination cards to enter closed places, the citizens’ compliance must be monitored.

He also suggested being more intensive in the search for unvaccinated people to get vaccinated because the more people are unvaccinated, the greater the possibility that a virus lasts a long time in a host and is more mutant.

Those who have had Covid
Given the appearance of the new variant of omicron concern, the infectologist urged the population to protect themselves with the proper use of a good mask, physical distancing, and hand washing.

“Studies and science have demonstrated the efficacy of vaccines…” and he doesn’t understand why people are hesitant? Where do I start? Maybe LIES LIKE THAT are why people are hesitant. This “vaccine” has NOT been effective in stopping transmission of Covid in ANY of its many forms. What it has done is quite the opposite, which is why the WHO is claiming (without actual facts on the ground) that this new variant causes heart problems, among other serious short and long-term complications. How convenient that this new variant has the exact same complications as the “vaccine.” People are more and more hesitant because it is now apparent that governments no longer care about our health. They care about big-medicine, big money, and big power!!!

Been done already, two in fact. You should read them.

just stay inside with your mask on nicholas . it will all be ok .

“ Those who have had covid should get vaccinated, as it has been demonstrated with other variants, that people who have had covid and get vaccinated are up to 5 times less likely to have a second episode of covid.” This is the biggest lie ever. It has already been proven the world over that you are 300% more likely to get re-infection with the “vaccine.” These lies are going to harm a lot of people. Do not trust the media or the government…any of them!

How about some kind of testing for those entering this country from countries that have a low number of vaccinated citizens. Russia comes quickly to mind….39% “fully” vaccinated. But hey…money before health….right? Seems to be this government’s double standard.

Yeahhh 2 more weeks of lockdown to flatten the curve!

How nuch you got paid to play such a vilain role (big pharma troll)?

Go ahead and instill short term quarantine (isolation as they call it). Me and my several thousands of dollars will go somewhere else to vacation.

when people refuse to fly when people say no no no then the people will win .Only 1 of many facts can destroy any doctor who is bought and paid for an example of one of those ,7 million deaths yearly worldwide from Air pollution no lockdown no loss of jobs no economic collapse no destruction of personal liberties? So presidents and ministers can you answer that?????.The unfortunate thing is many people do not do reserach do not question there leaders or put there foot down .While there is a virus more people die yearly from heart attcks road accidents combined in this country than covid.Almost 21 months of rules lockdowns social distances ,now if i am correct 11 million people live in this country with a death toll of around 4300 persons which were for the overwhelming majority over 50-55 with previous underlying conditions ie heart disease obseity diabetes etc which in turn weakens the immune system.Now from a mathamatical perspective that totals. 0.4 percent of 1 percent death toll.
Can this still be questioned or do facts not matter anymore?

Have facts ever mattered to fascists?