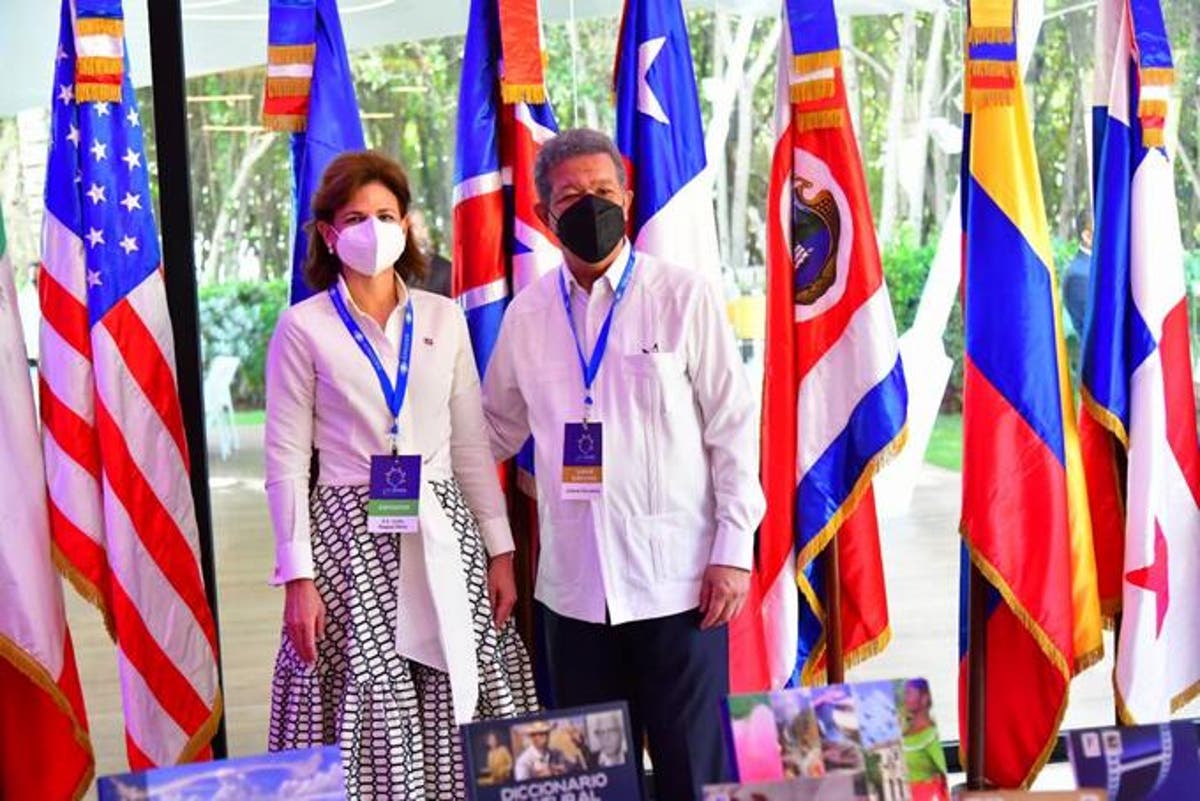 The vice president Raquel Peña with the president of Funglode Leonel Fernández during the celebration of the forum. Photos: Raúl Asencio / LD

The Dominican Republic remains very vigilant in the face of the threat of the new omicron variant entering Dominican territory, which would delay the return of the desired normality.

This was stated by the vice president of the Republic and coordinator of the Health Cabinet, Raquel Peña, when presenting the topic “The impact and management of COVID-19 in the Dominican Republic,” at the “Casa de Campo Global Forum: Trends in a world in transformation,” which takes place in the country.

Peña said that the emergence of variants of the virus, including the new omicron, shows more than ever that the intelligent articulation between the scientific world and the political, social, and economic spheres is, at the present moment, more necessary than ever. In this sense, I salute the initiative of this activity.

She expressed that the problem he is facing requires collective thinking, both at the national and multilateral levels.

She pointed out that the preventive measures adopted in the country remain active in the face of the possibility that new variants of concern or risk may enter Dominican territory, as is the case of the omicron variant, which presents with 32 mutations and an apparent greater capacity. transmission, “being able to delay the return to the new normal that we long for both locally and globally.”

The activity was organized by the Global Democracy and Development Foundation (Funglode) together with the International Institute for Democracy and Electoral Assistance (International IDEA), the Federation of Publishers Guilds of Spain. The Scenarios Corporation, chaired by former Colombian President Ernesto Samper, analyzes the transformations challenging the world in the post-COVID-19 era.

The activity takes place at La Marina Riverside Center, Casa de Campo’s event and conference center. They met virtually and in-person with prominent doctors and researchers from Latin America, the United States, and Europe, together with managers of health centers. World reference thinking. The days of reflection are developed in lectures and panels.

It is headed by the former president of the Dominican Republic and president of Funglode, Dr. Leonel Fernández. Dr. Marco Herrera, Executive Director of Funglode, delivered the welcoming remarks and presented the general program of the forum.

The introduction to the topic of the “Casa de Campo Global Forum: Trends in a world in transformation” was made by the former president of the Republic and president of Funglode, Dr. Leonel Fernández, who shared his vision and proposals for solutions to the situation under analysis, with the theme: “2022: between uncertainty and recovery.”

Canada allegedly already have in Ontario province omicron… so… how vigilant are you?!… 😂 😂 😂
Is this a joke, or contradicting yourselfs… ufffffff… 😂 😂 😂

It’s all a joke. A really bad joke! The joke is on all of us unfortunately.