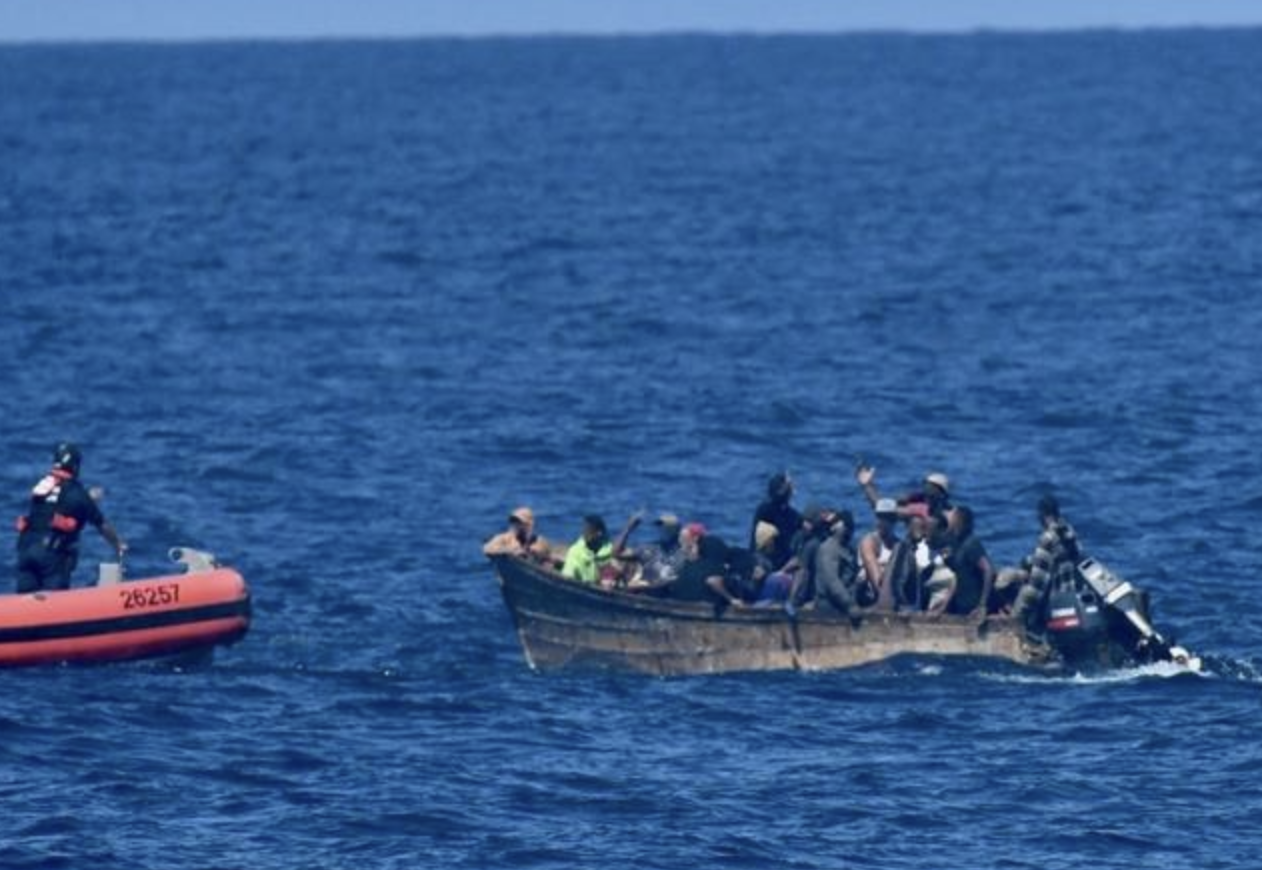 The U.S. Coast Guard in San Juan reported Tuesday that it repatriated 62 Dominicans and 13 Haitians between last Thursday and this Tuesday. They tried to land illegally in Puerto Rico on two separate trips.

According to the federal agency in a press release, the first intervention took place on November 28 and the second on December 4.

In the first intervention, a Customs and Border Protection (CBP) aircraft sighted a suspected illegal human smuggling trip near Isla Saona, on the southeastern tip of the Dominican Republic.

Following the sighting, CBP officers alerted the Coast Guard, which then dispatched a vessel of its own, in which it embarked 15 persons, 13 of them Haitians and two Dominicans.

Of the 13 Haitians, eight were men, four were women, and one was a minor.

Of the 15 people, the Coast Guard repatriated all the Haitians and one Dominican last Thursday. At the same time, the other Dominican remains in Puerto Rico, as he is facing charges for attempting to re-enter the island illegally.

In response, according to information provided to the federal agency, the Coast Guard dispatched another vessel to intervene with the new group of migrants, made up of 62 people, all presumably Dominicans.

All were repatriated to their country of origin yesterday, Monday, and Tuesday.

The deportation of the 62 Dominicans and 13 Haitians is one of the most recent deportations carried out in Puerto Rico by the Coast Guard since it deported 66 Dominican migrants in early November after intercepting two boats in the waters of the Mona Passage that were trying to reach the island illegally.

The Coast Guard highlighted in its note that these operations result from the continuous efforts of multiple local and federal agencies in support of the Caribbean Border Interagency Group (CBIG).

The CBIG was created to unify the efforts of U.S. Customs and Border Protection, the Coast Guard, and the Joint Rapid Action Forces of the Puerto Rico Police, among other agencies, and secure the island’s borders against illegal immigration and drug trafficking.