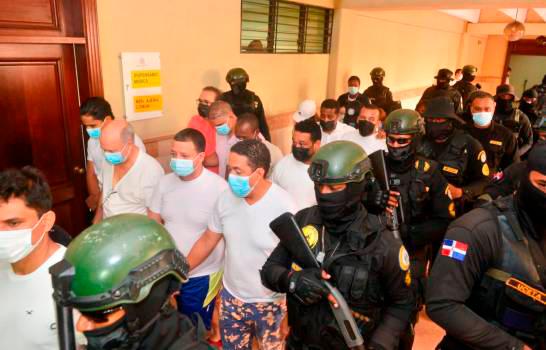 Santo Domingo.- More than 15 properties have been seized in the last 24 hours in Santiago from those involved in the alleged money laundering and drug trafficking network dismantled through Operation Falcón.

Among the assets seized by the authorities are houses, apartments and businesses owned by members of the alleged criminal organization.

A Justice Ministry source told Diario Libre that these are provisional seizures on the continuation of the Falcón case.

The organization was dismantled last September during the more than 100 raids in different parts of the country. In these operations, vehicles, expensive watches and several million dollars in cash were seized.

Return the assets to the people !

One of the most corrupt countries where the locals are also scammers.

Now is the time to show the truth about Dominican history. They kill a Dictator to gain all the power and control the nation their way. This is just the beginning of a new era. Thieves exist since the beginning of the world.

0
Reply
Luis Is The Worst President.

More government theft, now they will use the excuse for every home they feel like.

How many of those properties belong to the Haitian politician drug dealers who use Dominican Republic as their safe heaven?