Abinader accepts alliance of the “technodemocracy” promoted by Biden 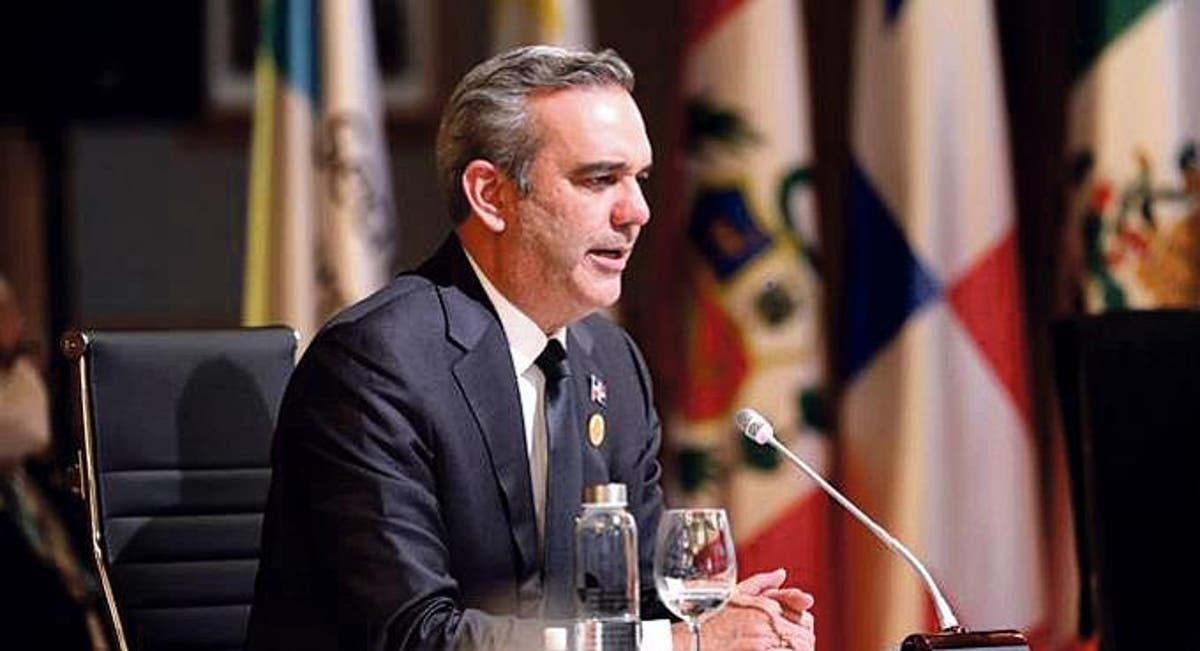 President Luis Abinader was one of those summoned by Joe Biden to the summit of democratic countries, from which he excluded Russia, China and other nations. EFE / AFP

President Luis Abinader expressed his support for the “ambitious plan” of the president of the United States, Joe Biden, to create “an alliance of techno-democracy,” to avoid the domination of global technology by authoritarian regimes.

Abinader made his approach by intervening in the Summit for Democracy, promoted by Biden, which brought together virtual leaders from more than a hundred countries between Thursday and Friday of this week to confront authoritarianism and promote human rights.

The Dominican president, who reaffirmed his commitment to democratic values ​​and his respect for human rights, warned about the threat that “techno-authoritarianism and surveillance represent for an open and free democracy.”

Independent justice
Abinader also affirmed during his speech at the Summit that “there is no free democracy” without “independent justice.” “We are committed to making the justice system truly independent of the Political Power, especially the selection of the attorney general,” said the president, who listed several of the institutional reforms carried out by his administration, some of which have the support from the United States, such as the transformation of the National Police.

Also, the Dominican president mentioned the Domain Extinction Law or the rules of public contracting to curb corruption and impunity and the consultation carried out by the Government for the creation of the public data policy platform open.

Authoritarianism
World leaders who participated in the Democracy Summit, promoted and organized by President Biden, agreed on the urgent need to renew and strengthen the democratic model in the face of the threat of authoritarian governments.

Biden himself, in his opening remarks at the event, described the fight against authoritarianism as “the great challenge of our times.”

Within the framework of the Summit, the White House announced 424 million dollars in aid programs for the fight against corruption, the promotion of independent media, and the defense of free and fair elections.

The Summit concluded yesterday with a new message from Biden, in which he thanked the support of the participating countries and announced that it would have a follow-up next year. In addition, the US president stressed his satisfaction that the importance of press freedom and the rights of women and children were extensively addressed at the Summit.

Alliance with other countries
Biden also praised the initiative of Panama, Costa Rica, and the Dominican Republic to ally to strengthen transparency, democracy, and economic development, and human rights in the Central American region and the Caribbean. “That is the kind of inspiring commitment to action that we hope we will see in the next year of action and follow-up,” said the US president.

Criticisms.
President Biden received harsh criticism from China and Russia, excluded from the meeting. China mocked the encounter with propaganda, including an English rap song that said Americans “sell democracy like they sell Coca-Cola.” According to Biden, China and Russia, supreme leaders in the field of autocracies, reacted angrily, accusing Biden of stoking the ideological divisions of the Cold War.

Definitely good news, hope it Is Carried out as described.

Wowww… war is peace, right is left, Dictatorship is Democracy!
Puppet Biden is mandating an mRNA technology to modify your DNA, that has nano technology without taking it you can’t participate in social life, you can’t travel, you have to scan your QR code to enter a restaurant and everyone who’s against the fake science is censored on all the platforms.
TechnoDemocracy? Yes.
TechoDictatorship? No.

LoL even your dear and crazy leader abandoned that stupidity. BIG VERY BIG LIE. Trump and his terrorists lost more 65 court cases. You are so stupid that can’t prove it OR IT NEVER HAPPNED.

biden stole the election and pretend to talk about democracy

you get a job instead of smoking grass and collecting unemployment, trump will win again

Authoritarian, like a vaxxx mandate that does not permit the unvaxxxed to shop for groceries without either the vaxxx poison or an expensive PCR test?

Fidel Hugo Albinader, clean up your own house first. Let the people be free.

Vaxxxes do NOT work as advertised.