Haiti, defense of democracy and economic integration: Themes of Alliance for Development in Democracy 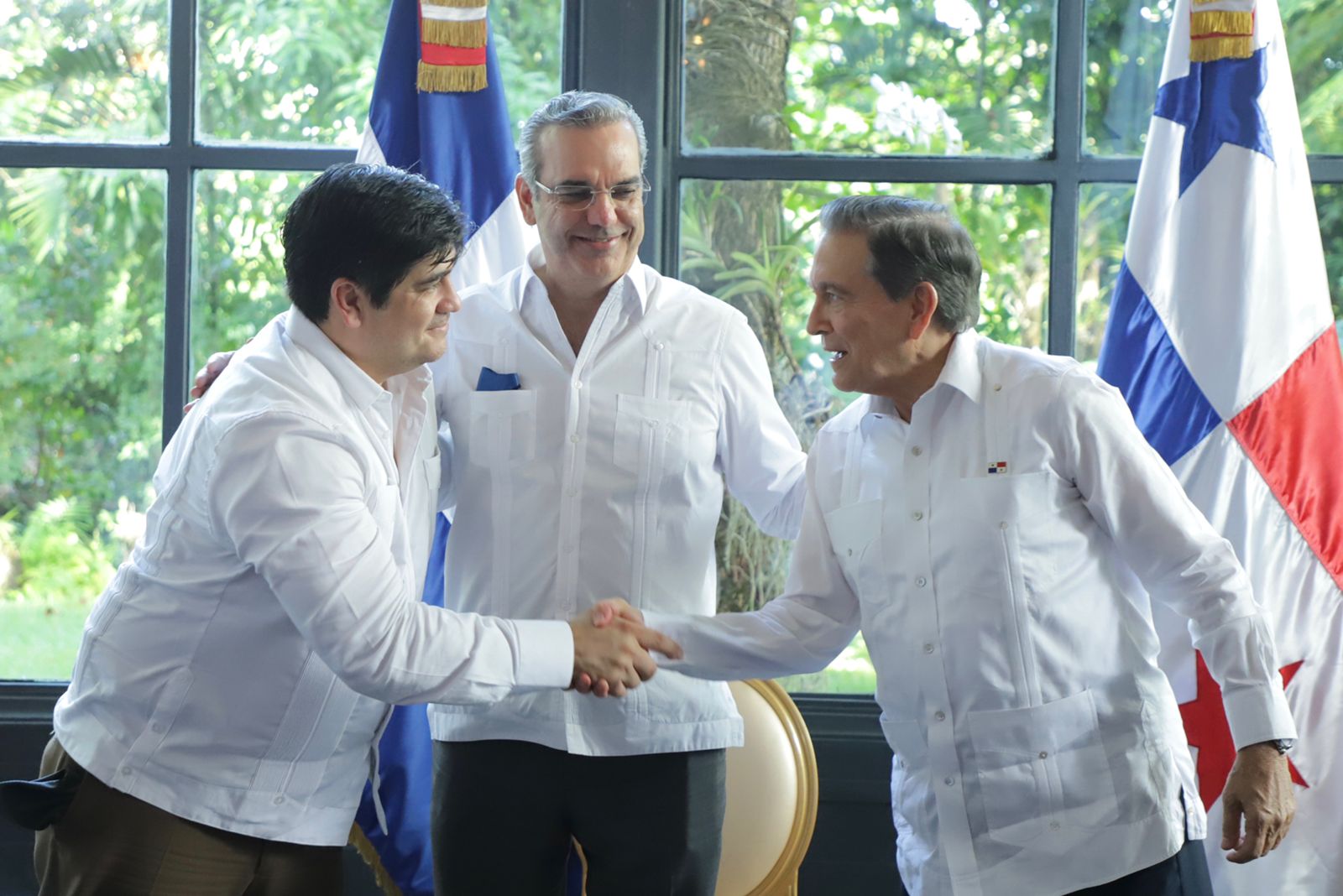 The demand that the international community undertakes the search for alternatives for a solution to the crisis in Haiti, the defense of democratic values, with the call for the freedom of political prisoners in Nicaragua, and the promotion of trade, in addition to the economic integration, are the central themes of the declaration of Puerto Plata.

Presidents Carlos Alvarado of Costa Rica, Laurentino Cortizo from Panama, and Luis Abinader from the Dominican Republic, after the third meeting within the Alliance for Development in Democracy, read a joint statement on the Malecón in Puerto Plata.

The document establishes that the three leaders renew their commitment to the rule of law, democracy, respect for human rights, and freedom of expression, the founding spirit of this alliance.

The presidents called on the international community, particularly the United States, the European Union, and Canada, to provide all support to the Haitian National Police to improve the security climate in that country.

They also called on the United Nations Program and the Pan American Health Organization to strengthen the Haitian health system, emphasizing maternal and child care, vaccination against Covid, and medicine in general.

They reiterated the proposal presented in Panama on a roadmap for a Comprehensive Development Plan for Haiti, which includes pacification, infrastructure improvement, reforestation, and financing.

Regarding the political dialogue, the leaders appreciated their participation in the Summit for Democracy called by the President of the United States, Joe Biden, particularly the defense of the democratic system and its values.

They congratulated the Honduran people, the electoral authorities of that country, and Mrs. Xiomara Castro de Zelaya, the first woman elected President of that country, for the successful election day.

Regarding Nicaragua, they reiterated their concern about the situation in that country and demanded the immediate release of the political prisoners.

They entrusted the foreign ministers to make known the purposes of the alliance at the international level.

They highlighted the solid relationship between the three countries. Furthermore, they welcomed the signing of the memorandum of understanding that creates a ministerial working group to deepen synergies, detect opportunities for regionalization in value chains, strengthen trade relations and complementarities of the countries’ economies, and generate the creation of a high-level business commission.

They announced that the next meeting of the alliance will be held in Costa Rica in the first quarter of 2022.

The leaders received the declaration of distinguished visitors by the Puerto Plata City Council, receiving the commemorative plaques of Mayor Diomedes Roque García and the President of the Chapter House, Angélica López.

The fair thing to do is to Dominican Republic march 25k thousand man to Haiti and ocuppy the north part and USA takes the south part and divide the strees of extreme poverty Haiti has, its historically belongs to the spanish speaking people the whole island if it wasnt for France ocuppying the western part illegaly after the DEVASTASIONES DE OSORIO, the Dominicans could ocuppy the north part and Hincha(dominican land ocuppied by haiti) this is historically our time for us to expand our power and economy and 100% not 1 country will interfere if we divide Haiti in 2 between USA and DR, so the island could be divided into 2 parts an American territory and 4/5 of the island beeing Dominican territory and supported by all G20 nations including China and Russia im pretty sure the UN will be more than Happy.

1
Reply
My Name Is Not Important
Reply to  Alberto martinez

Well, the Haitians won’t be happy about it.

Not just Juana Méndez , the other half of island should belong to us Dominicans , I’m tired of the people on the side complaining and accusing us of everything for no good reason and for their misery. They had their chances of running a country, THEY SHOW THEY CANNOT RULE THEMSELVES over 200 YEARS FOR NOTHING, the island should be returned to their rightful owners, The Dominicans. Theses people should be booted off the island to United States , Canada, France and other parts of Europe since they cause most of problems. They won’t be miss on island, I’m for sure on that.

Uhh Haiti is done for, I think if there was enything there of value Haiti’s gdp will not be less than 20 billion USD