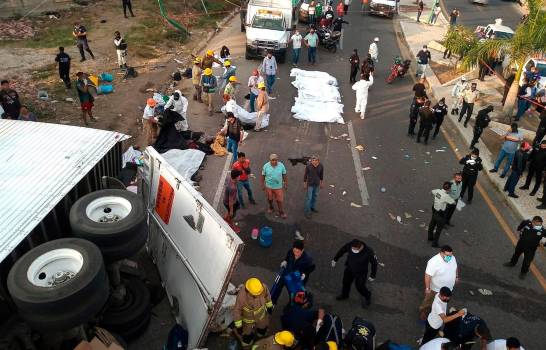 Chiapas.- Five Dominicans would be within the group of migrants who were traveling in the truck that crashed on the Tuxtla Gutiérrez-Chiapa de Corzo highway (Chiapas, southern Mexico), in which 55 people died and some 104 were injured, the majority of Guatemalan origin.

Officially, Mexican authorities have reported that two Dominicans were injured in this accident, Luis Mercedes Avaló Peguero, 41, and Máximo Leonidas Espinosa Rosario, 39, both with serious injuries. While a third, Rafael Martínez Castillo, 30, has died.

While the authorities of the Embassy of the Dominican Republic in Mexico confirmed to Diario Libre that two other Dominicans were in the trailer, Ramón Benito Almonte Espinal and Luis Emilio Roa Chala; but this is still being verified.