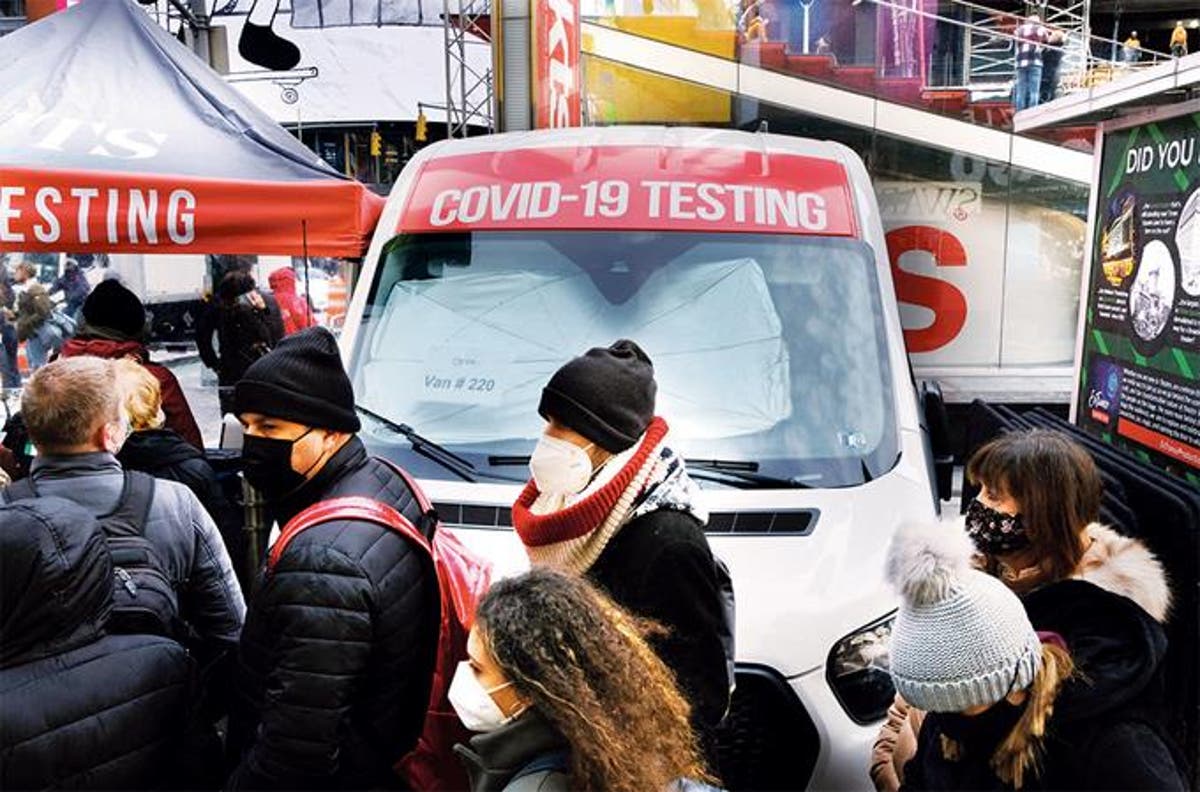 The new Covid-19 strain Omicron has the ability to mutate into 50 other variants. ARCHIVE

As we meet in the final days of 2021, considered by many as the year of recovery, three new elements have emerged to create more significant uncertainty in an unpredictable world, in constant transformation.

It is about Ómicron, the new variant of Covid-19, the recent tensions between Russia and Ukraine and between the People’s Republic of China and Taiwan, with the United States in the background.

On the other hand, in Africa, only 7% of its population has received a dose of the drug. Being a global epidemic or pandemic, no one will be safe anywhere on the planet until most human beings have received the injection.

The fear is that, as complete vaccination is not obtained, the virus is mutating and generating new variants, against which there is no certainty of the efficacy of the vaccine to contain its spread.

It has been the case of the variants identified by the letters of the Greek alphabet: Alpha, gamma, beta, and delta. The latter has caused absolute havoc, especially in India, where corpses had to be cremated because there was not enough space in cemeteries to be buried.

When the Delta variant is still expanding to different parts of the planet, especially in the United States and Europe, a new variant now emerges Omicron, mysterious, unknown to scientists, and with an ability to mutate into 50 other variants.

As news of its origin in South Africa spread, stock exchanges in the world’s major capital market centers fell sharply. The concern is establishing its transmissibility, severity, and effect levels in people with accumulated antibodies, either due to the virus or the vaccine.

But so far, on those aspects, nothing is known. Ignorance clouds the horizon.

The Russian dilemma
Similarly, these days, the deployment of 175,000 Russian soldiers to its border with Ukraine has attracted the attention of international public opinion. It seems like a reissue of the conflicts in 2014 with the Russian occupation of the East of that country and its annexation of the Crimean Peninsula in the Black Sea.

The reason for both episodes is the same. On the one hand, the current government of Ukraine aspires to join the European Union and the North Atlantic Treaty Organization (NATO), a military alliance of the United States and several European countries.

On the other hand, Russia, appealing to historical reasons, considers that Ukraine is part of its territorial unity and its culture; and at the same time, due to geographical proximity and geostrategic value, a risk to its national security, that Ukraine seeks to join a military alliance of the Western world.

For these reasons, it moves its troops towards the Ukrainian border to send an unmistakable signal to the member countries of NATO, that Russia is not in a position to admit that a former member of the Union of Soviet Socialist Republics (USSR ) cease to be under the Russian sphere of influence, to enter the orbit of the West.

But the truth is that with the collapse of the Soviet Union, in 1991, 30 years ago, and the dissolution of the Warsaw Pact, the military representation of the socialist countries, it was considered that NATO had fulfilled its historic mission of containing the advance of Marxism-Leninism and also had to disappear.

It was not so. On the contrary, it has sought its strengthening and expansion into geographical areas considered by Russia as part of its sphere of influence and living space.

The Xi Doctrine
The transformation of the People’s Republic of China, in just four decades, from a poor, backward, and rural country into an economic, military, and technological power, has been one of the great wonders of modern history.

But, by consolidating in these areas, China now aspires to spread worldwide, just as it has done in its Asian region, in Africa and Latin America. It has created the initiative of the New Silk Road, through which, through millionaire investments, important infrastructure works are built, fiber optic cables are installed, the digital economy is promoted, and the 5G mobile network is expanded.

It establishes itself as the leading power in the Indo-Pacific region. But, as it progressed in its expansion process, it has entered into conflicts in the East and South Seas of China, with several countries in the area, such as Brunei, Thailand, Malaysia, the Philippines, and Vietnam.

Chinese leaders, especially its prime minister, Xi Jinping, have shown that they do not harbor imperial aspirations. Instead, they maintain that their sole goal is to consolidate the unity of the Chinese people based on their Chinese history, language, and culture.

This would explain the severe restrictive policies applied in recent years in Hong Kong. This former British colony was transferred to the control of the People’s Republic of China in 1997, under the criteria of one country, two systems.

It would also explain the attitude towards Taiwan, which they consider to be part of the Chinese territory. Consequently, the attributes of independence, sovereignty, and self-determination are not recognized as a nation.

Some consider that the People’s Republic of China’s only interest is to produce an adjustment in the international system, which allows it to strengthen its authority, influence, and prestige as a world power.

For others, on the other hand, their true strategic objective is to generate a change in the world order, in which its values, norms, and principles prevail against a western liberal order in decline.

The tensions that are being fought today between Russia and Ukraine, as well as between China and Taiwan, with the United States in the shadows, together with the new variant of the virus that is spreading throughout the world, are three recent examples, at the end of this year, of a world adrift, sailing on a rough, uncertain and dangerous sea.

Good summary.The word Honourable seems to have disappeared from the Chinese vocabulary