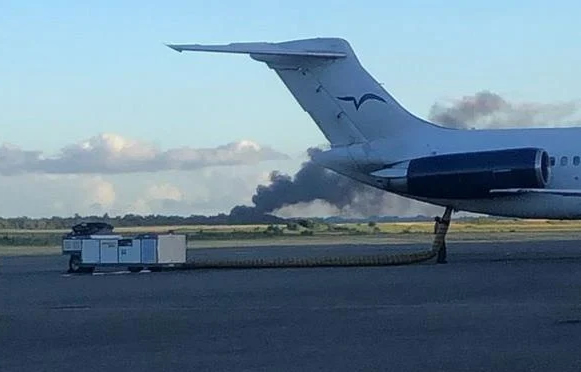 Santo Domingo.- A twin-engine executive jet with nine people on board reportedly crashed while trying to make an emergency landing at Las Americas International Airport. There were 7 passengers and 2 crew, while local media report nine fatalities.
At this moment, the Las Américas terminal is operating.

According to details offered to Listin Diario and Diario Libre, the aircraft left the La Isabela Airport, in El Higüero, North of Santo Domingo, Dominican Republic, bound for La Florida, in the United States.

When taking off, the pilot declared an emergency and decided to divert to Las Américas and try to land.

Already in Las Americas when he tried to land, at the head 35 of the runway, the aircraft rushed, as confirmed by Aerodom.

Units of the Fire Department and airport personnel try to reach the area to help the occupants.

This is awful. May they rest in peace.

In this age of improved airplane technology these tragedies still occur. Wonder what the “black box” will reveal? The Gulfstream jet has a good service reputation.