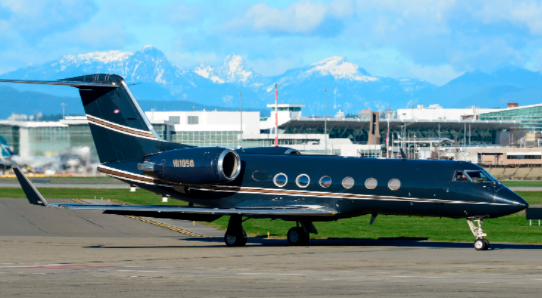 Flight history records up to three trips in just one day.

The HI1050 aircraft, Gulfstream GIVSP type, which crashed yesterday near Las Americas Airport (AIL) with nine passengers, all of whom died, has a registered history which indicates that it made eight trips during the last four days.

The aircraft belongs to the Helidosa Aviation Group, owned by the former presidential candidate of the Dominican Liberation Party, Gonzalo Castillo.

Flight history
On Sunday, December 12, the plane left Puerto Rico for Tampa in the United States with a flight time of 2 hours and 41 minutes. It flew from Tampa to Miami in a 45-minute flight time that same day.

The following day, Monday 13, the jet flew from Miami to the city of Oxnard in California in a trip that lasted more than five hours, then headed to Denver, a city in the State of Colorado in the United States; whose time in the air was one hour and 44 minutes.

On Tuesday, December 14, it left Denver for the capital of the Bahamas, Nassau, with a flight time of 3 hours and 38 minutes.

The aircraft flew from Nassau to Miami for 43 minutes that same day. It also flew 2 hours and 6 minutes from Miami to San Juan, Puerto Rico.

Yesterday, Wednesday, its first flight left Puerto Rico to the Dominican Republic, a trajectory that lasted 46 minutes; from there, it was scheduled to travel to Orlando, just when the accident occurred.

According to the trajectory captured by the website flightradar24.com, the aircraft that crashed in the vicinity of the José Francisco Peña Gómez International Airport of the Americas (AILA) made a circular turn in the National District before heading east, where it plunged.

According to the flight log, the aircraft’s journey from takeoff to landing lasted only 14 minutes.

A press release from Aeropuertos Dominicanos Siglo XXI (Aerodom), informs that the aircraft took off from La Isabela International Airport (El Higüero) at 5:09 pm. The flight log on flightradar24.com indicates that at 5:10 p.m., it descended to an altitude of 244 meters and was traveling at a speed of 394 kilometers per hour.

These trips into and out of US terminals the aircraft has to meet certain US safety and maintenance standards to be allowed entry and exit. Suspect agents from The National Safety Transportation Board (NTSP) will be invited by the RD to help investigate this tragedy. The maintenance records, black box, and crash debris should give up information.