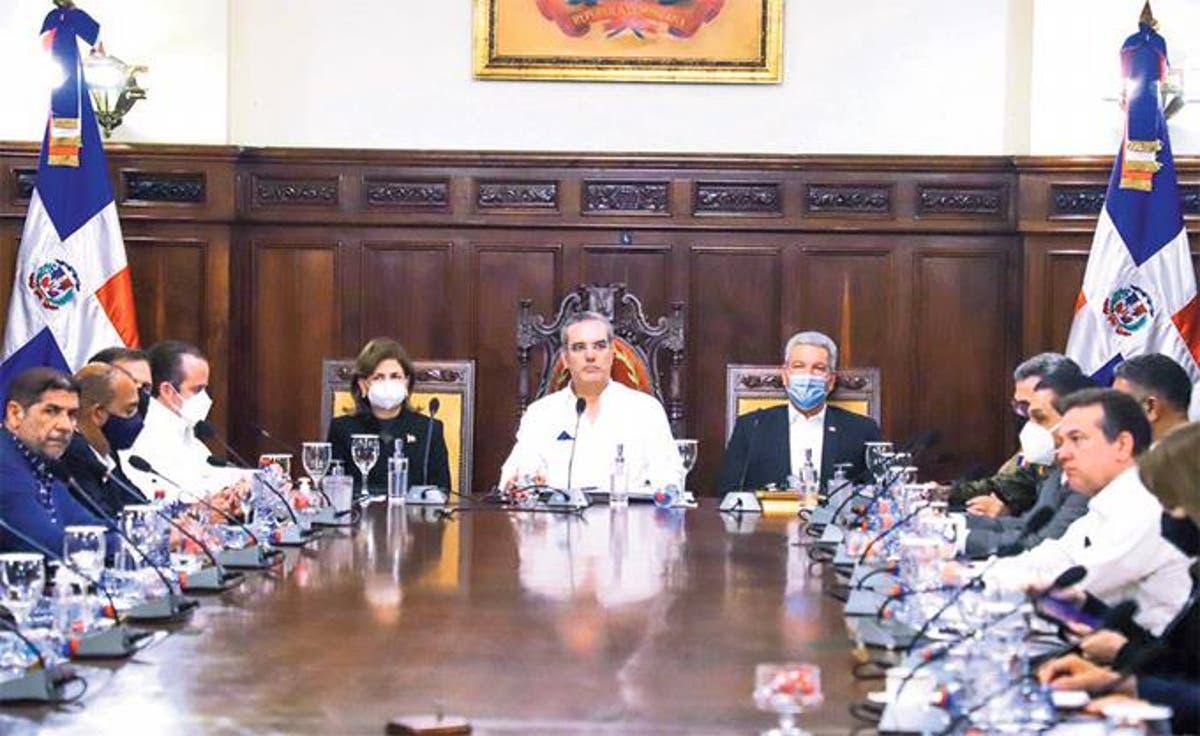 President Luis Abinader and Vice President Raquel Peña lead the last meeting of the Council of Ministers this year.

Santo Domingo, DR
The government predicted that 2022 would be a year of good fortune and promise, judging by the indices and results of the current year.

“By the indexes and results that have been thrown this year, we are projecting a very optimistic 2022. These results make us perceive that we will have a very promising year 2022,” assured Paliza.

He detailed that in the Council of Ministers, in which the vice-president Raquel Peña was also present, they reviewed the conclusion of this year.

“We were able to weigh each of the most important and sensitive areas of public affairs and we organized, with a view to the years 2022 and 2023, some initiatives that will be very useful to make the management of public spending and the entire administration in general more efficient,” added the official.

Paliza highlighted that the Dominican Republic is the only country in the region that two country risk rating agencies improved the positioning of the economy in the world.

He said that this is a sign that the steps being taken by the public administration are indeed the right ones.

Poverty reduction
While Macarrulla highlighted that this year there was a reduction in poverty in the country. “We have had the opportunity to almost equal the numbers we had pre-Covid, that is to say; that have reinstated a better standard of living to a part of the Dominicans,” he assured.

Macarrulla highlighted that in the meeting, they reviewed the behavior of some macroeconomic and social indicators, which measure the performance of the current government’s management so far this year.

“We have the great satisfaction that we have reduced the level of public sector debt, non-financial, by 4.8% of GDP and we also show projected growth figures to December 31 of around 11% which places us among the best performers in the region,” he said.

He added that the Dominican Republic was the country that most improved its position in the fight against corruption. “Other important indicators are the deficit which is going to be a little less than 3% and we had a projected, deficit of 4.6%,” he highlighted.

Macarrulla said that there are other essential elements. For example, the per capita income of the Dominican will oscillate, for the first time in history, around US$9,000 per year, which he attributed to the improvement of salaries.

He said that starting next year, the government will begin to improve the distribution of the wealth generated by the country.

He said that for a year affected by the health crisis, where the whole world is concerned about the level of debt acquired by the different countries, to show a reduction of 4.8%, is good reason for all Dominicans to feel proud of the government.