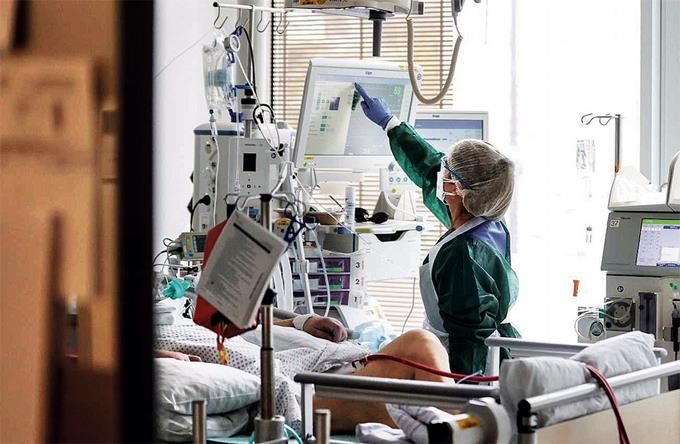 Some 44 patients with Covid are admitted to centers in Greater Santo Domingo. DAILY LISTIN

Santo Domingo, DR
Of the 237 patients who, according to official monitoring, were hospitalized yesterday for Covid-19 in regular wards, most were admitted to private health centers nationwide that have isolation units to treat the disease.

Of the total reported, 141 patients occupied beds in private centers, and 96 were admitted to public hospitals, for a total occupancy of 11% of the regular beds.

Meanwhile, of 95 patients registered in Intensive Care Units (ICU), 54 were in the private network and 41 in public network centers; this ratio is inverted in the line of patients under assisted ventilation, with the most significant number in public facilities.

Of 76 patients reported connected to ventilators, 50 were in public hospitals and 26 in private facilities. Of the patients, 44 are in centers in Greater Santo Domingo and 23 in establishments in Santiago, Espaillat, and Puerto Plata.

Two new deaths
Yesterday, the country reported two new deaths due to Covid-19, bringing the total number of deaths caused by the pandemic to 4,222. It also noted the registration of 252 new positive cases of the virus. The previous day it had reported only 88 new patients.

Data from epidemiological bulletin 638 issued yesterday reported the processing of 6,454 laboratory samples, of which 252 were positive, for a daily positivity of 5.94%, and that of the last four weeks stood at 5%.

The General Directorate of Epidemiology reported 11% occupancy of regular hospital beds. Covid-19; 15% of those for intensive care and 15% of ventilators enabled for patients with the disease.

Of the patients who have died to date, the system records that 24.02% had hypertension as their underlying disease, and 14.99% had diabetes.

Through laboratory tests, the system has detected that the virus has tested positive in 1,588 pregnant women.

Inhabitants.
2,523,473 samples have been processed in the country since the beginning of the pandemic, equivalent to 241,515 per million population.