Construction materials remain on the rise 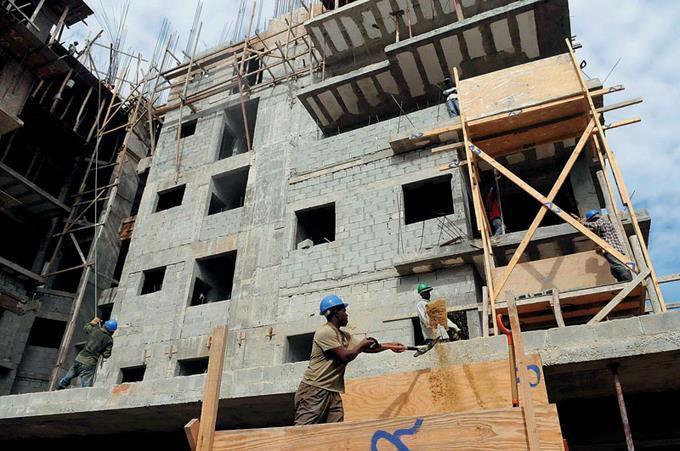 When consulted in this regard, the president of the Dominican Association of Hardware Stores (Asodefe), Arturo Espinal, assured that not only cement increased in price, since it is an input to manufacture block and that electrical and steel materials also register increases.

However, the Dominican Steel Association (Adoacero) says that the rods have not increased in price recently since six months ago, and that price is maintained.

He confirmed the increase in the price of cement, but to a lesser extent, and explained that it is sold cheaper than in Mexico, Costa Rica, Panama, Colombia, and the United States. In the DR, he added, a cement sleeve costs less than US $ 10.

Hardware stores
“We have had an increase of 15%, which we understand is a blow to the construction and the desire that every family has to have a roof of their own,” Espinal indicated to Listín Diario, after explaining that it has been many years since the ironmongers had seen an increase in such proportions in a product like that, of first necessity in the construction.

He argued that steel also rose, especially rebars, but that increase was two weeks ago and with less impact, of 3%.

Espinal affirmed that there had been an increase in these two essential items, and the most worrying thing is that these increases will be reflected in many more products “by default,” mainly in the four-inch, six-inch, and eight-inch blocks.

The residential construction sector corroborated that the price of gray cement rose.

The production of gray cement uses petroleum coke, which has had an impact and the higher cost of freight. However, according to builders, another product that has also increased in value is wood.

In October of this same year, the National Statistics Office (ONE) indicates that the ICDV rose 2.79 points that month, compared to the previous month, going from 196.82 to 199.62 points. According to the ONE report, almost all inputs rose.

According to a note on the ONE’s website, the director of Economic Statistics of the ONE, Augusto de los Santos, indicated that the principal increases were produced by the materials group, with 2.09%, and by the wood subgroup with 8.20%.

Major increases
According to a note on the web portal of the ONE, the principal increases were in the group of materials, with 2.09%, as for the subgroup of wood with 8.20%.