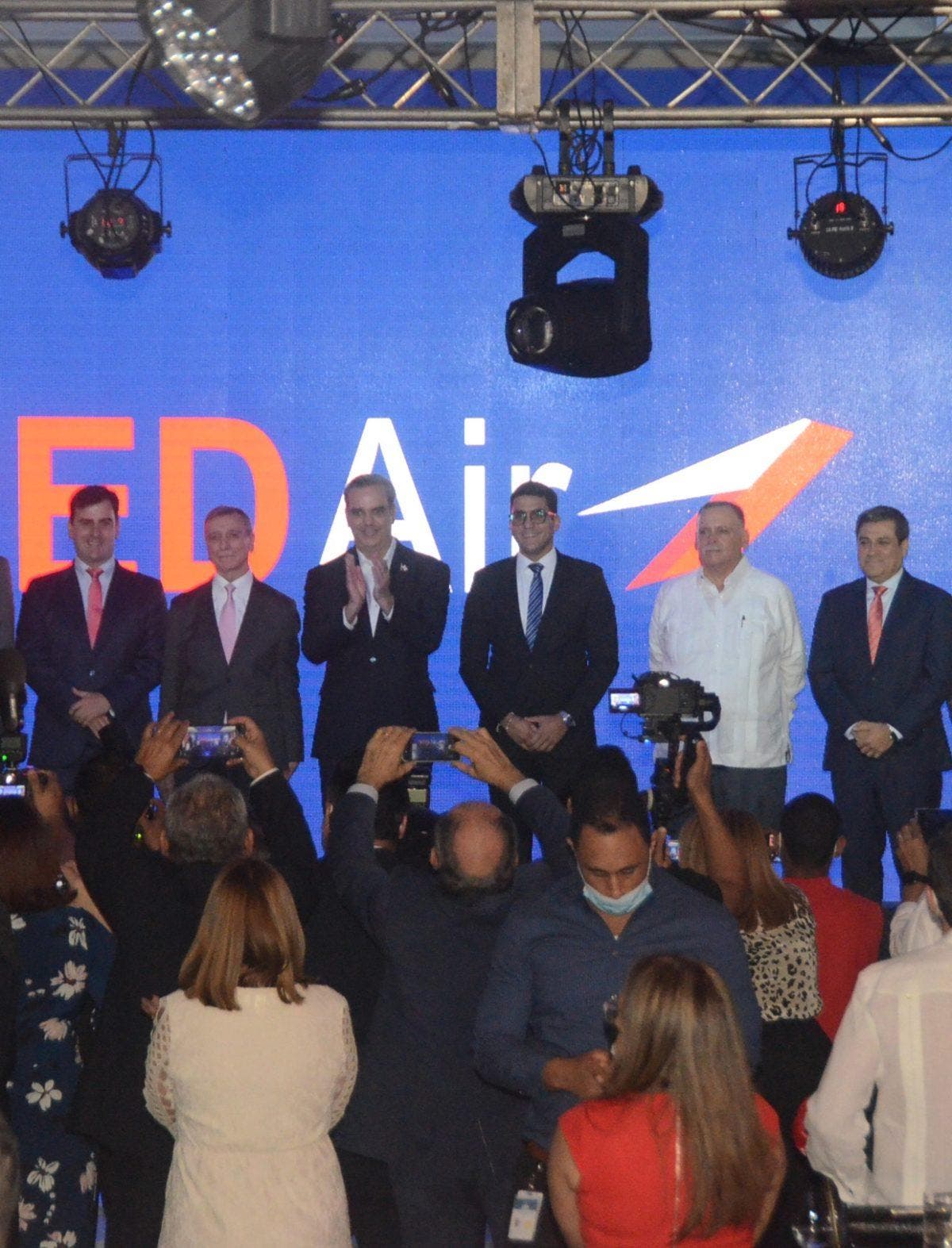 They already operate in Miami and open routes to Tampa; San Jose, Costa Rica; Medellin and Cartagena in Colombia; Panama and Caracas in Venezuela.

With President Luis Abinader, the Dominican airline RED Air officially launched yesterday. Since November, it has chartered flights to Miami, Florida, and in the second quarter of 2022, it will make commercial flights to seven cities in five countries.

Héctor Gómez, executive president of RED Air, highlighted that it operates charter flights to and from Miami from Las Americas International Airport, with two daily frequencies.

He said they already have authorization from the Civil Aviation Board for operations in Tampa, Florida; San José, Costa Rica; Medellín and Cartagena in Colombia; Panama and Caracas in Venezuela.

He said they expect to open flights in the second quarter of 2022 as soon as they have authorization from these countries.
He emphasized that RED Air is a Dominican-Venezuelan capital company that generates 100 direct jobs, 95% of which are Dominican. It also impacts between 150 and 200 indirect jobs of contractor companies.

“Last November we started our operations with the first non-scheduled flights to the city of Miami from Santo Domingo, and we expect to have scheduled flights to this city in February 2022. Subsequently, and in a three-phase strategy to be developed over the next two years, we hope to connect with other destinations in North America, South America and important cities on the European continent,” said Gómez.

During the activity, the airline’s executive expressed that RED Air is led by a group of entrepreneurs with extensive experience in civil aviation and airport services, committed to the aeronautical sector, its development, and its contribution to the economy and tourism of the Dominican Republic.

He expressed that they have four modern airplanes, a number that will increase as they increase their flight frequencies, but always carrying out the maintenance programs of the airplanes as required by the manufacturer and constantly training the personnel.

The aircraft are all the McDonnell Douglas series, equipped with a comfortable 12-seat business class cabin and a 137-seat economy class cabin. They have national and international certifications.

They already have authorization from the JAC for the new routes.

They have four modern airplanes, a number that will be increased.

Diversify the offer of flights to the Dominican Republic

President Luis Abinader expressed that one of the limitations that the country is facing right now are the few flights because they are all packed in the winter season, so the start of operations of RED Air will diversify the supply of commercial flights, opening spaces for competitiveness and a wide variety of offers for users.

“With these flights, the country benefits from greater interconnection with the rest of the world. And of course, the tourism sector benefits directly, which is in its best moment; even surpassing pre-pandemic numbers. This underpins the country’s economic recovery,” he said. In October, more than 443 thousand non-residents arrived in the country, 19% more than in the same month of 2019.