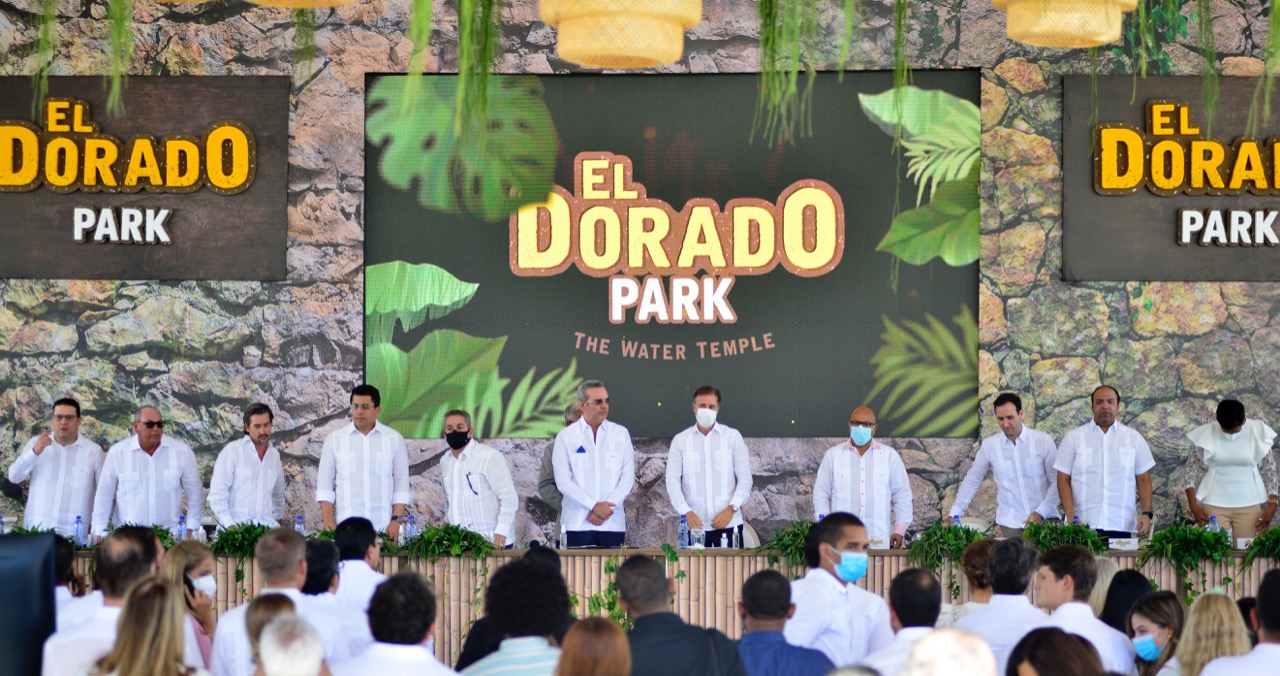 President presides over the construction of the Dorado Park theme park that will generate 2,600 jobs.

President Luis Abinader considered this Sunday that the Dominican tourism model is a “world benchmark” that generates jobs, investment, leadership, and innovation by distinguishing itself and leading the market.

According to the president, employment and investment are two of the necessary conditions to achieve complete, sustainable, and fair economic development that distributes its benefits among the entire society.

He affirmed that the country is in a period of record investment this year that is ending. Not only are the job losses due to the pandemic recovering, but thousands of jobs are already projected into the future.

The head of state offered these statements at the charge of the inauguration of the Dorado Park project that will involve an investment of 150 million dollars and produce 2,600 direct and indirect jobs between construction and development of the project.

“Our tourism model is a world benchmark and it will continue to be for investment offers and bets like this one. This is the way to distinguish yourself, to stand out and lead the market; Employment, investment, leadership and innovation”, declared the president.

The Dorado Park project will have three phases to be developed in an area of ​​115,000 square meters, and its opening will be for the year 2023.

The first phase will be made up of the water park with 3,000 people called “The Water Temple,” a theater “El Dorado Arena,” with a capacity for 6,000 people, and the restaurants, bars, and shops that accompany them.

The park, which is intended to be a sizeable recreational leisure complex that joins the attractions of the destination city, Cap Cana, will have three phases to be developed in an area of ​​110,000 square meters.

Carlos Cobiella, a park developer investor, thanked Cap Cana for trusting and opening the doors to this idea, presented it to its shareholders’ council.

He stressed that the country has a first-rate tourist offer and that projects like this will allow it to remain the Pearl of the Caribbean for many years.