PAHO expert is almost certain that omicron circulates in the country 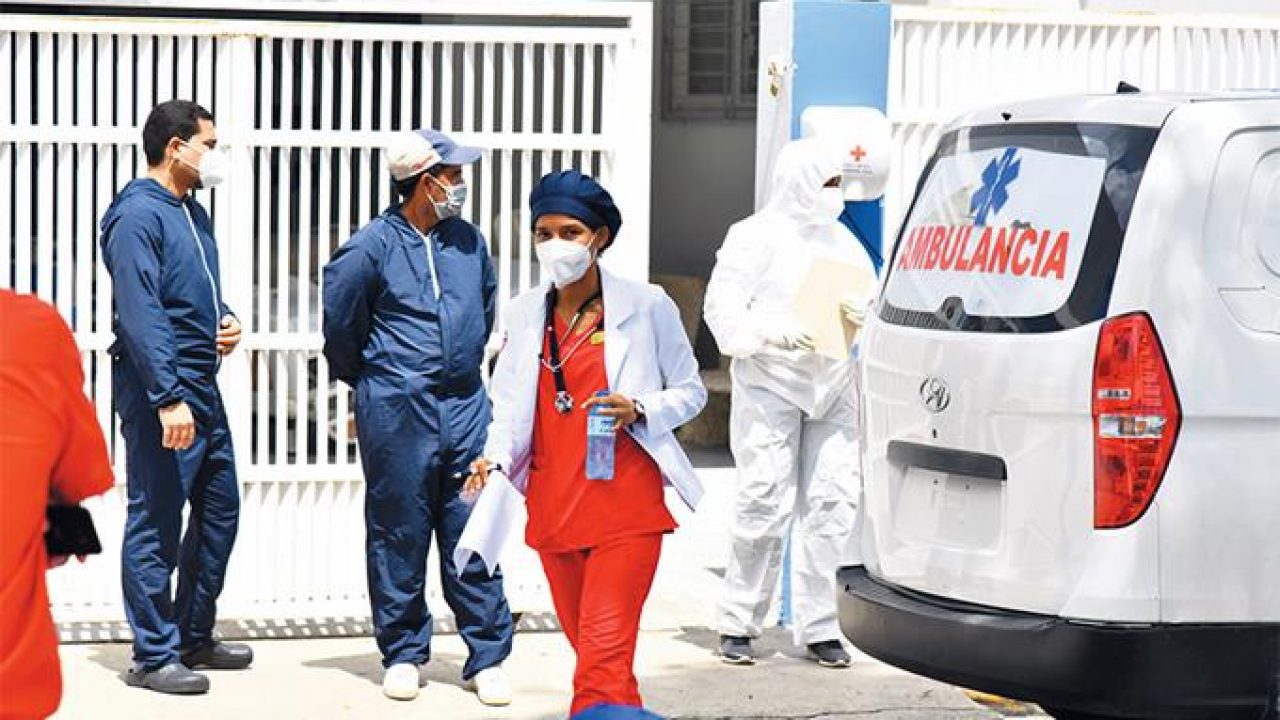 Health authorities agree that the Omicron is a more dangerous variant than the previous ones, and they argue that it is necessary to maintain a permanent state of alert.

Given the certainty that the omicron variant of Covid-19 will cause a new wave of the virus in the Dominican Republic, Dominican doctor Marcos Espinal, director of the Department of Communicable Diseases and Health Analysis of PAHO, in Washington, advises national authorities to speed up vaccination and surveillance in the use of masks.

“Vaccinate, vaccinate, vaccinate” is what the logic suggests before a variant that seems to be much more contagious than the previous ones, as indicated by the data that are being seen, but that at the same time seems to generate mild and moderate disease in people vaccinated with two doses plus the booster, which is not the same case in the unvaccinated,” he pointed out.

It should be noted that several global studies dispute this opinion: the Omicron variant presents mild symptoms in the unvaccinated, and the data on vaccine efficacy against Omicron is still inconclusive.

Speaking to Listín Diario, the epidemiology specialist said that the country would almost certainly experience an omicron wave, “because it is almost certain that this variant is already circulating since the surveillance systems are not perfect to say that it is not circulating and it is only a matter of time and even if it is never identified, we can never say with certainty that it did not circulate in this or that country,” he explained.

He understands that the key is for people to go to be vaccinated and for this vaccination to be complemented with the use of masks mainly indoors, avoid crowds and celebrate with the family on holidays.

He said that ignoring any of these measures can be very dangerous since it is also known that the disease in the elderly, immunosuppressed, and people with coadjuvant conditions has a high probability of very dire consequences. So people in this category especially need to be vaccinated.

Fatigue and mutations
He highlighted that two problems affect the countries concerning the pandemic after two years of intense difficulties and interruption of daily life and normality, such as fatigue and the constant mutations of the virus.

He said that generalized fatigue exists in all countries, accompanied by protests, conflicting opinions, inconsistent mainstream narrative, and points of view that are sometimes very difficult to contextualize.

Added to this, he said, the constant mutation of COVID-19, which has already collected many letters of the Greek alphabet, the latest now being Omicron.

Dilemma: between closing or not

Espinal pointed out that what also seems to be is that OOmicron can generate more cases than the previous variants in vaccinated cases, but what has been observed so far is that they are mild or moderate and hence the need to be vaccinated.

However, remember that there is still much to learn about this variant. That is why actions that help prevent deaths and hospitalizations must continue: masks should be worn in indoor and crowded environments, safe distancing, and handwashing remain critical aspects of health safety.

He said that vaccines against COVID-19 are highly effective in lessening the severity of an infection and will continue to be improved to face OOmicron and the new variants that may arrive in the future.

The worthy Dominican doctor Rubén Peralta has warned that the country faces a potential “viral tsunami.” In the face of this threat, he has suggested that if the measures available are carried out, “we can considerably mitigate its scourges.”

Peralta, deputy medical director of the Qatar Trauma Center, indicates that the magnitude of the “viral tsunami” this winter season will depend on the confluence of several factors. Indeed, among these factors, he has cited a viral trifecta composed of the Delta variant, already present in the country, the imminent arrival of Ómicron, and the new circulating variants of the influenza virus this season. Also, it has referred to “the emotional and physical exhaustion of the population, the health workforce, and front-line workers.”

Any person who has had Covid-19, regardless of whether it was mild or severe, should have a routine medical check-up every six months to detect any injury caused to the body since there are still many unknown things in front of that disease.

The suggestion was made by Dr. Francisca Moronta, a family doctor, the current secretary-general of the Dominican Medical College (CMD). During the first year of the pandemic directed the Covid-19 Unit of the Francisco Moscoso Puello hospital, one of the centers that more patients have been treated.

The specialist also understands that the guard should not be lowered even though Covid-19 cases have been decreasing. On the contrary, the authorities and the population must maintain the same biosafety and care measures established at the beginning of the pandemic, especially when the omicron variant spreads rapidly through the countries.

He said that it is being seen that since the beginning of the pandemic, the virus has evolved with new variants, and it is still not clear what its long-term behavior will be.

Although the reports of daily infections of Covid-19 remain at low levels in the country, the National District and Santiago were the demarcations that contributed the highest number of positive cases detected yesterday in the last 24 hours.

Yesterday 272 new cases of the virus were reported nationwide, of which 93 correspond to the National District, 46 to Santiago, and 37 to the province of Santo Domingo, 12 cases were detected in Espaillat, and with 10 cases each was La Vega, Puerto Plata, and San Cristóbal.

In the latest report, number 640, issued yesterday by the General Directorate of Epidemiology, no deaths from Covid-19 were reported, so the figures remain at 4,223 deaths.

Hospital occupation
Currently, there are 244 hospitalized patients, occupying 11% of the 2,261 destined for Covid-19.

Seventy-nine affected are on ventilators, equivalent to 17% of the 469 in the country for the disease.