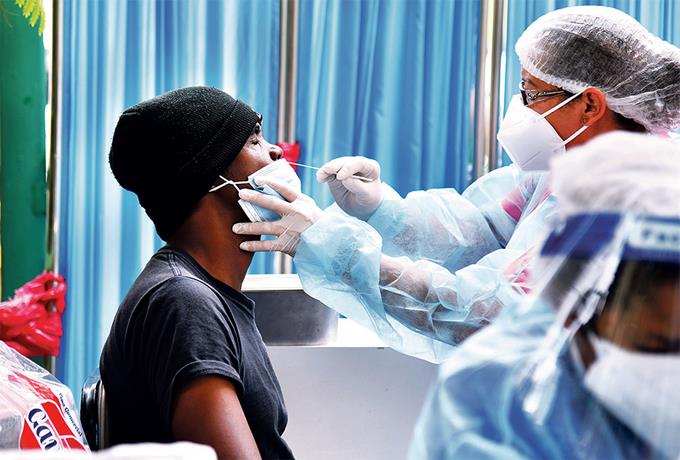 The country continues to report a considerable reduction in cases of contagion and a low positivity of the Covid-19 virus. But, at the same time, it remains on guard against the threats of the emergence of a new wave of infections caused by the omicron variant, which could occur after the Christmas and New Years’ festivities.

Yesterday, the Ministry of Public Health reported only 139 new positive cases detected in the last 24 hours, a daily positivity of 3.36%, and the previous four weeks of 4.68%.

Epidemiological bulletin number 642 issued yesterday reports processing 5,440 laboratory samples of the virus, of which 139 were positive.

Yesterday the system did not report deaths from Covid-19, maintaining the death toll since the pandemic began at 4,223, with a fatality of 1.02 percent and mortality per million inhabitants of 404.17.

The General Directorate of Epidemiology indicates that of the 2,261 Covid beds that the Hospital Network has, 248 were occupied yesterday, for 11%, and that of the 585 beds of intensive care units (ICU) that the system has for patients affected by a coronavirus, 90 were occupied, representing 15% of the installed capacity.

Of the total of tests processed yesterday, only eight were for Polymerase Chain Reaction (PCR) and 5,432 for antigen, of which 4,131 were made for the first time, and 1,309 were subsequent.

Risk groups continue to be people with comorbidities.

Warning!
The top official of the World Health Organization for Europe yesterday called on governments to prepare for a “significant rebound” in coronavirus cases across the continent in light of the increased presence of the omicron variant, which is already the mutation dominant in various nations.

“We can see another storm coming,” said WHO Regional Director for Europe, Dr. Hans Kluge. “In a matter of weeks, omicron will dominate more countries in the region, pushing already troubled health systems to the limit,” Kluge added during a press conference in Vienna.