Restoration of the Colonial City will be expanded 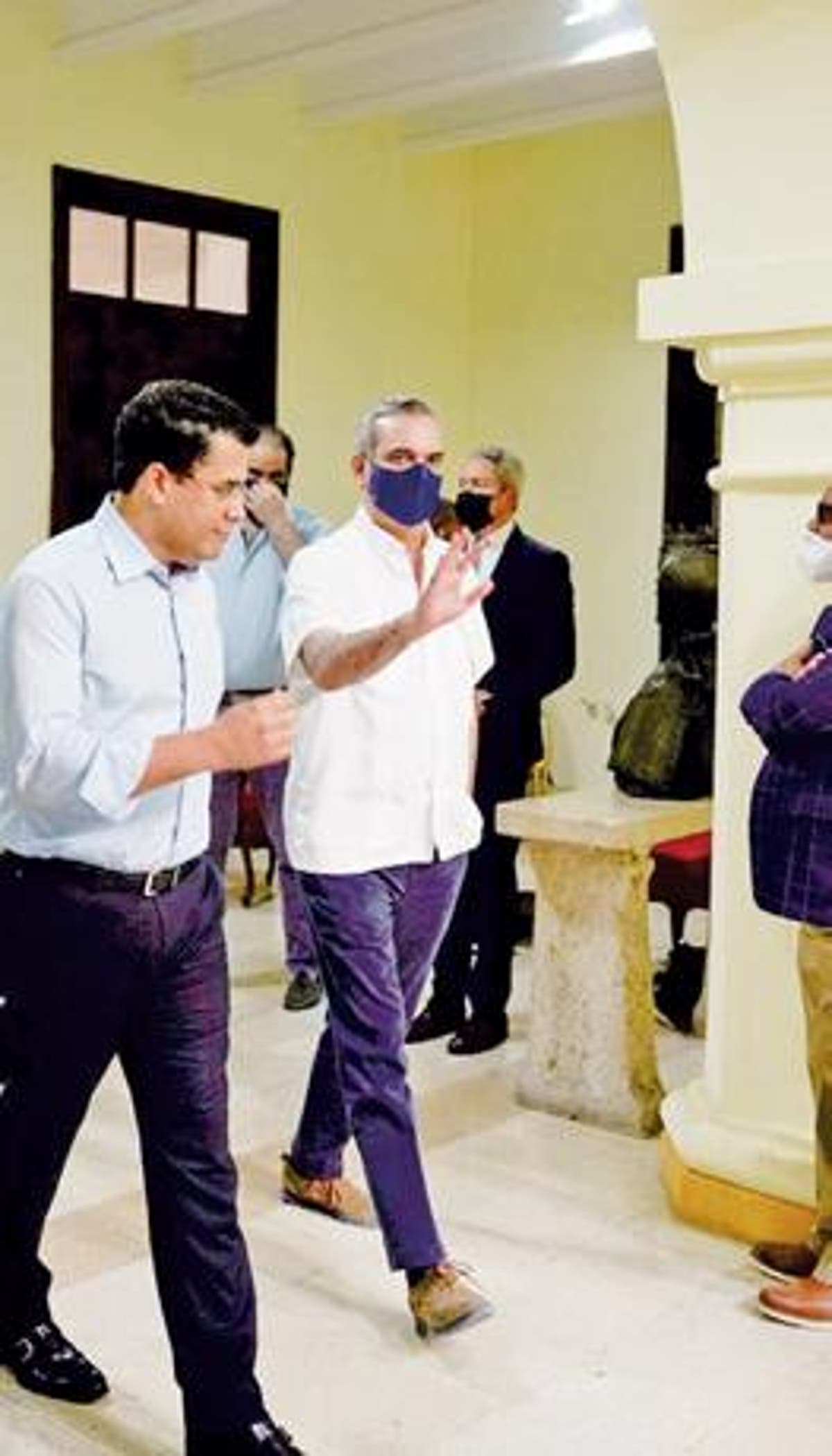 Abinader headed a meeting of the Tourism Cabinet.

President Luis Abinader announced the investment of RD$460 million, in addition to funds from the Inter-American Development Bank (IDB) program, for the rescue of the Colonial City.

Abinader spoke after leading a meeting of almost three hours with part of the Tourism Cabinet to analyze the tourism and development projects in the pipeline.

He emphasized that these resources for investment in the old city will be contributed with the savings achieved by the Ministry of Tourism. “We are going to substantially improve the Colonial Zone. In addition to the streets and other facilities, we are going to restore all the colonial monuments,” he explained.

While the Minister of Tourism, David Collado, said that for the first time in the country all the monuments of the colonial zone will be rescued, which is a decision of President Abinader.

Justice issues
Regarding the accusations made against him by the Dominican Liberation Party (PLD), in the sense that they use politics to prosecute some charges, President Abinader assured that he does not get involved in justice issues.

The restoration of the Colonial City gets a lot of international attention and money. It does help the tourism industry and the nearby businesses. Yet, the President should pay some attention to the unattended wants of the Dominican public.

It would behoove the leader to obtain funds for other projects such as to improve public parks in Santo Domingo (and other places) with the addition of public pools to serve the barrios where they are located. There have been many holiday occasions when streets, for example the Malecon de Santo Domingo have been closed for placement of temporary pools for the public to enjoy. So why not place permanent public pools throughout the city for year round enjoyment? They would provide: fun relief for the locals, employment for pool caretakers, and sales to local businesses.

The Colonial Zone is a historic beautiful area. I noticed that streets reconstructed with coral blacks only two years ago are already dirty. Cleaning is needed on a regular basis. Also get rid of the disgusting garbage cans on El Conde and clean the street.