Update: fire that affected mangroves in Punta Cana is under control 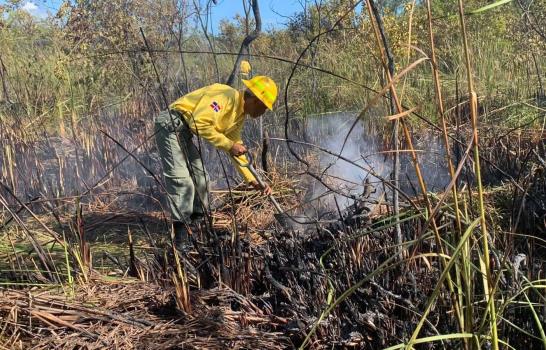 Mangroves and other introduced species were affected by the fire. ( External source )

The Ministry of Environment and Natural Resources reported that the forest fire registered since Tuesday night had been controlled within lands located in the vicinity of Juanillo beach, in the country’s eastern region. The affected area does not correspond to any protected area. However, it has many mangroves and other introduced species that were affected by the incident. Since the fire was alerted, 18 forest firefighters from the Ministry of Environment and Natural Resources, together with all the firefighters from the eastern region, the Emergency Operations Center (COE), and the National Environmental Protection Service (SENPA), were stationed in the area with the necessary equipment, managing to control the flames fully.

The units also received support from the Ministry of Defense through the Air Force with a helicopter equipped with a Bambi bucket (a special equipment to put out fires), the Santo Domingo firefighters, and the National System of Attention to Emergencies and Security 9- 1-1.

Let me guess…just like the poisoning of the mangrove 2 weeks prior to a new resort announcement in Macao, now we hear of a new water park going in at Cap Cana. Could it be??? Let’s wait and see!

Juanillo beach continues to be developed. It is the area where the controversial residential tower is being built.