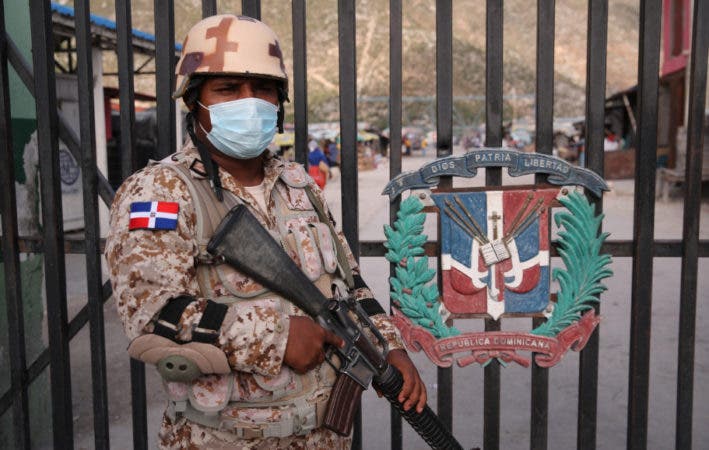 Controversial measures to control irregular migration and the arrest of several former officials for alleged corruption are among the top ten news items from the Dominican Republic in 2021.

A WALL IN HAITI BORDER Í

On February 27, in his first accountability speech, President Luis Abinader announced the construction of a fence along most of the border with Haiti, 380 kilometers long, to combat the passage of migrants. Drug trafficking, smuggling, and theft of vehicles and livestock.

This measure was followed by others, much more controversial, such as the detention and deportation of pregnant Haitians after the Government’s argument that they represent a high cost for the country, a measure criticized by the UN and the IACHR as by NGOs.

General procurator Jean Alain Rodriguez, who served between 2016 and 2020 in the second term of Danilo Medina, was sent in July to prison preventive for 18 months after an operation of the Public Ministry also involves several of his former collaborators for alleged corruption.

Four generals were also sent to jail this year, who held high positions in Medina’s management, also for alleged corruption, amid the actions of the Public Ministry that began in December 2021 with the arrest of two Medina brothers.

The trial for the bribes that the construction company Odebrecht admitted that it distributed in the country ended in October with the conviction of former Minister of Public Works Víctor Díaz Rúa and that of businessman Ángel Rondón, former commercial representative of the company in the nation.

You might be interested in reading: The keys to understanding the Odebrecht case in the Dominican Republic.

This year, the Dominican Republic lost one of its most famous artists, the legendary Dominican merengue player Johnny Ventura, who died on July 29 at the age of 81, the victim of a heart attack.

The death of the famous artist, former deputy, and former mayor of Santo Domingo caused a national commotion on the part of the Dominicans, thousands of whom offered him in the streets, three days later, a tremendous farewell on the way to the cemetery.

You might be interested in reading: Who was Johnny Ventura, the eternal El Caballo Mayor of the Dominican merengue?

STABILITY OF THE ECONOMY

After the 2020 decline due to the pandemic, the growth of the Dominican economy continues unstoppable thanks to key sectors such as tourism, remittances, and construction. However, inflation has shot up to its highest level in the last ten years.

The Dominican economy, the one with the highest growth in Latin America before the arrival of the covid, increased 12.4% in the first ten months of the year while inflation until November stood at 7.71%, according to official data; they also add that the country recovered all the jobs lost during the pandemic.

Tourism, the primary source of foreign exchange for the Caribbean country, managed to exceed pre-coronavirus levels, breaking four consecutive monthly records for the arrival of foreign visitors between September and November.

As of November, the country has received 4.2 million tourists, which means that 73% of the annual travelers before the pandemic have recovered.

ARRIVAL OF THE SWINE FEVER

At the end of July, the authorities announced the presence of African swine fever (ASF) in the national territory 43 years after the last outbreak of this disease in the country.

PPP, a disease highly infectious hemorrhagic which affects pigs but is harmless to people, was forced to sacrifice thousands of pigs in the country this year before the authorities gave for control in November

MARILEIDY PAULINO, A SURPRISE IN TOKYO

The Dominicans celebrated 25-year-old Marileidy Paulino, surprise performance at the Tokyo 2020 Olympic Games. She took the podium twice to collect the silver medal in the 400 meters and, once, in the relay. 4 × 400 mixed.

Tokyo’s silver served to establish a new national record (49.20) and become, for the time being, the leading Dominican athlete today.

THE RETREAT OF PRISILLA RIVERA

Prisilla Rivera, captain of the Queens of the Caribbean, retired from the courts after 20 years in volleyball, a sport with which she achieved various awards worldwide and the respect and admiration of her compatriots.

Rivera, who was part of the gold medal-winning sextet of the Santo Domingo 2003 Pan American Games, said goodbye on September 19 during the Pan American Cup held in Santo Domingo and in which the Dominican team remained undefeated.

THE COUNTRY SUCCESSFUL IN THE CARIBBEAN BASEBALL SERIES

The Dominicans Águilas Cibaeñas defeated the Puerto Rican Criollos de Caguas 4-1 to become the champions of the Caribbean Baseball Series held in February in Mexico.

The country thus became, with 21 crowns, the one with the greatest triumph in the second stage of this Caribbean classic.

I commend DT for not mentioning covid…very good…