11 streets will be renovated in Ciudad Colonial in 2022 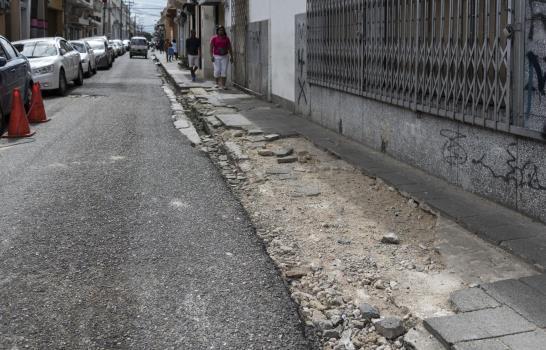 The authorities will repair a total of eleven streets of Ciudad Colonial as part of the second stage of the loan for 90 million dollars granted by the Inter-American Development Bank (IDB) that seeks to revitalize the historic center of Santo Domingo.

The works are projected to begin at the end of the first quarter of 2022 to end in mid-2024, reported the Coordinating Unit of the Integral Program for Tourism and Urban Development of Ciudad Colonial, directed by the Ministry of Tourism.

The rehabilitation of the prioritized road structures comprises an area of ​​5.5 kilometers in length, divided into two lots that will be developed simultaneously.

It includes replacing and improving the hydro sanitary system, such as drinking water, storm drainage, and sanitation. Also, the replacement of the medium and low-voltage electrical networks and their electrical transformation center by an underground system happened in the first stage, which includes the communication networks.

The works also include the total pavement removal at the base, road surface, and sidewalks to be replaced by a cobbled pavement structure both on the roads and on the sidewalks in approximately 55,000 square meters.

Recently, the Coordinating Unit of the Integral Program for Tourism and Urban Development of Ciudad Colonial published a space in which it invites the presentation of expressions of interest for the execution of the project, whose deadline expires on January 18 of next year.

I hope they also bury all those hideous wires underground, it would make a huge difference aesthetically.