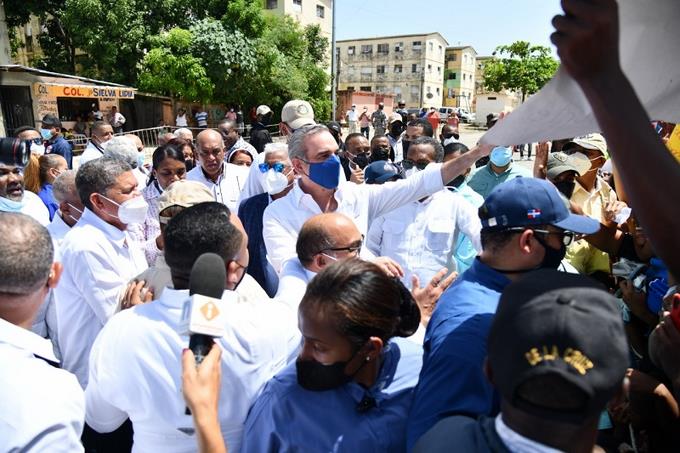 Santo Domingo, DR
At noon this Thursday, President Luis Abinader is scheduled to attend a “lunch meeting” with Armed Forces members stationed in the border area at the Estrelleta Fortress in Comendador, Elías Piña province.

This single item on the presidential agenda represents the President’s return to the public eye, one week after his last appearance before the lenses of the different media.

Abinader’s last activity was in the Ambassador’s Hall of the National Palace last Thursday, December 23, where a posthumous tribute was paid to the doctor, writer, university professor, and diplomat Antonio Zaglul Elmúdesi.

Since then and until noon today, the head of state has not carried out any activity and kept his presidential agenda free of commitments in the days following the Christmas holiday weekend.

Through an audiovisual broadcast on December 24, the President wished happy holidays to the Dominican people and said that “this Christmas the country has many reasons to celebrate” and therefore invited citizens to enjoy this holiday season with enthusiasm.

A noteworthy fact is that Abinader had not visited the interior of the country since last week when on Tuesday 21 of this month, he visited the construction of the Monte Grande dam in Barahona, where he supervised the construction work and announced that by mid-2022, the first part of the work would be ready.