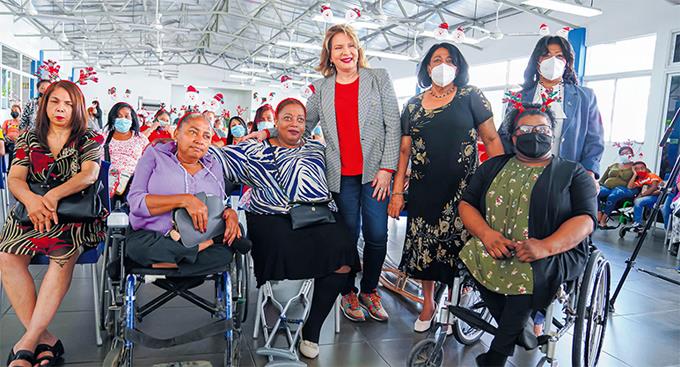 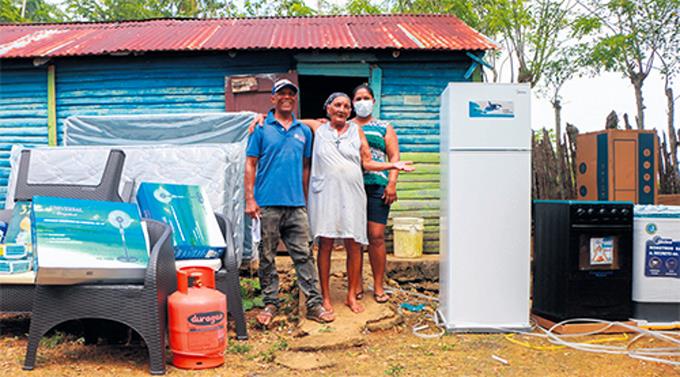 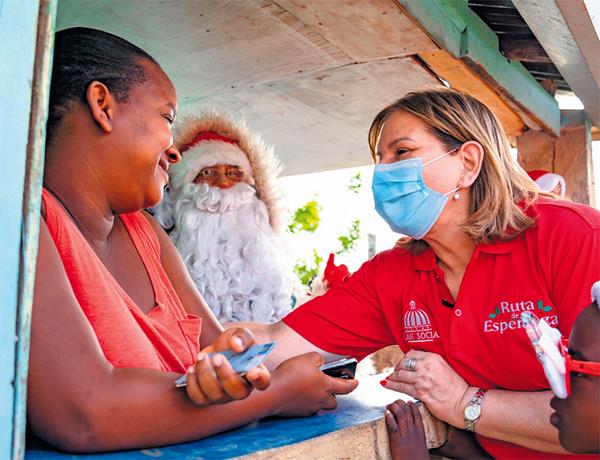 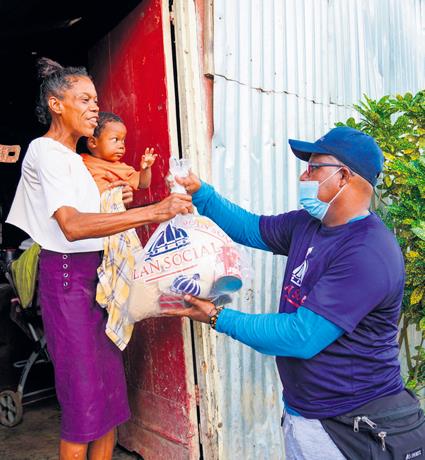 Santo Domingo, DR
With the delivery of the Christmas bonus in the community of Zambrana, Sanchez Ramirez province, the ‘Route of Hope’ culminated this weekend, which ensures that for the second consecutive year via the Social Plan of the Presidency, this contribution reaches 150,000 low-income families with dignity.

Thanks to this contribution, thousands of families enjoyed their Christmas Eve dinner.

This is what the beneficiaries of this project executed by the government headed by President Luis Abinader affirmed, highlighting that in previous years they were forced to run after the trucks and at times to be pushed and mistreated to obtain the Christmas boxes that had disappeared. 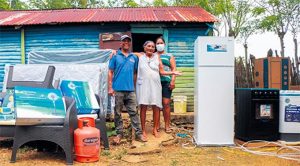 “It is very well organized, there are no crowds, people are not pushing each other as it used to happen,” said Mrs. Ángela María, while observing how other families were receiving government assistance at the doors of their homes.

With the number of vouchers granted to the Social Plan, the Route of Hope represented an investment of 225 million pesos, traveling throughout the national territory, directly assisting vulnerable groups, including the different foundations and non-profit organizations that day after day carry out praiseworthy work. 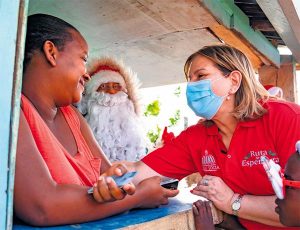 “Once again we have traveled throughout the country (…) fulfilling this great advance with which families receive this very useful contribution, doing it in an organized manner, without distinction,” said Yadira Henríquez.

Henríquez noted that in addition to complying with the bond delivery schedule, the institution she directs maintained the delivery operations that are usually carried out, impacting during the first days of December more than 90 thousand low-income families with the delivery of food, household goods, and roofing, whose investment represented more than 145 million pesos as of December 24 of this year. 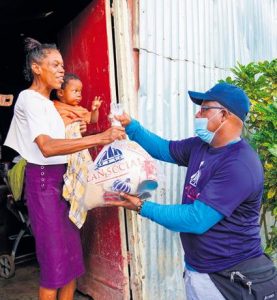 During the year 2021, the Social Plan impacted more than 723 thousand families throughout the national territory through House by House operations, the Equipped Home program, Better Quality of Life, deliveries to non-profit institutions, to the disabled, roofing of homes, among others.