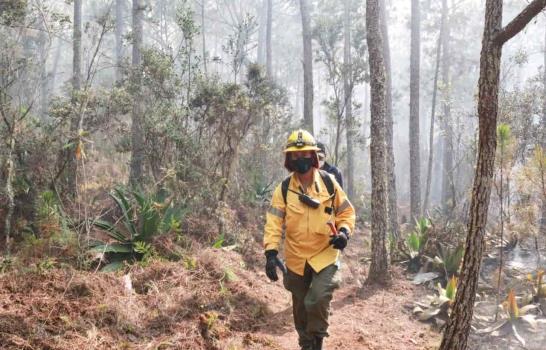 Santo Domingo.- The three fires at Sierra de Bahoruco National Park (southwest) since last Friday, near Los Arroyos, on the border with Haiti, have charred around 15 square kilometers of that park, the Environment Ministry said.

Two of the three fires, which according to the Ministry were caused by ranchers in retaliation for the seizure of some animals, affected 13 square kilometers, with the undergrowth area (bushes and shrubs) being the most affected.

Meanwhile, the third fire, located in the strip on the Haitian side, impacted about two kilometers.

Diario Libre reports that Minister of the Environment, Orlando Jorge, reiterated that firefighters together with members of the National Environmental Protection Service (Senpa), have managed to keep the fires under control to prevent them from spreading.

It is not remarkable people set fires in these places to collect the charred trees sometime after the authorities and media have left the area. Later the underhanded people collect the trees to transform them into charcoal in areas away from eyes.

This probably not true , maybe the govt. burned them so they can steal the land and build some thing in it , or maybe is true the stupid people are burning our trees for charcoal, lock them up NOW!